The 2015 USPGA Championship is the final major of the season. Can Jordan Spieth win the 2015 US PGA Championship and a third title of the year? Don't miss our 2015 USPGA betting preview,with betting promotions, best odds, tips and free predictions on Winner, First Round Leader, To Miss The Cut, Top 5 Finish, Top 10 Finish, Top American, Top European golfers and much more! 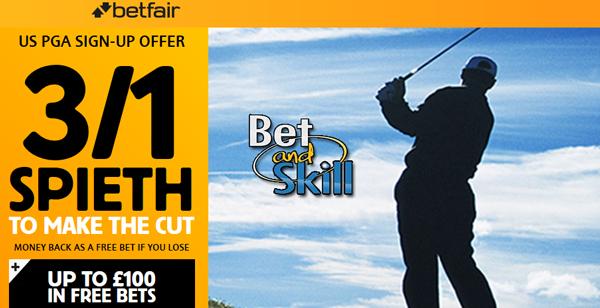 The event is staged at different venues each year, and this time returns to Whistling Straits, scene of the infamous Dustin Johnson two stroke penalty in 2010. Designed by Pete Dye and built on an abandoned airfield on the banks of Lake Michigan, Whistling Straits is a links-style course, meaning that the last three majors of the year have all been played on lay-outs that favour shotmakers who can cope with windy conditions.

Current Masters and US Open champion JORDAN SPIETH heads the betting. The 22-year-old has become the newest American golf sensation in a post Tiger Woods era and of the three majors so far this season, he has won the US Open and the Masters before finishing tied 6th in the Open at St Andrews.

RORY McILROY will defend his crown at the USPGA after recovering from ankle ligament damage. It’s difficult to know just how fit McIlroy is, of course, but it is clearly going to be a huge ask for him to win coming off the back of a lengthy lay off.

JASON DAY is the third favourite. He has nine top-10 finishes from 20 major starts including in each of the last two. Plus, he recorded two wins this year including the week before last at the Canadian Open, and three top-ten finishes in a row before coming twelfth at Firestone. Day has played well here in Whistling Straits in the past finishing T10 in 2010, four strokes behind the winner Martin Kaymer. He has also played well in this tournament in the past finishing T15 last year in Valhalla and T8 in Oak Hill in 2013.

DUSTIN JOHNSON started well at the Open before falling away to finish tied 49th. He put in a great effort at the US Open missing his chance for glory on the final hole, he has banked seven top ten finishes across the course of the season and looks a decent bet to get close in Wisconsin.

JUSTIN ROSE is in brilliant form lately: sixth at the open, fourth at the Quicken Loans and third at the Bridgestone. He is one of the best drivers in the game and not only are his greens in regulation stats some of the best in the field, his proximity to the hole ranks eighth on the PGA Tour. 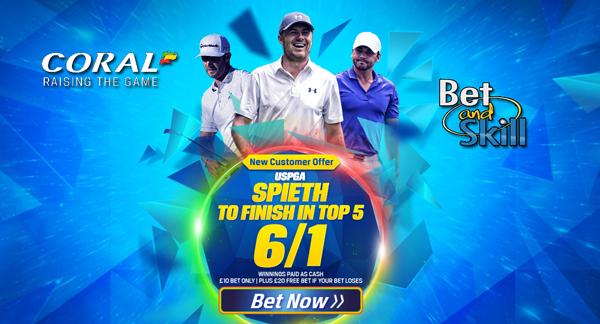 RICKIE FOWLER has recorded an impressive win at the Scottish Open a month ago and although he was 30th at the Open, he was second at the Quicken Loans and tenth at Firestone while BUBBA WATSON has bounced back from missing the cut at The Open to post consecutive 2nd place finishes at the Canadian and the Bridgestone Invitational last week.

ADAM SCOTT has been showing some decent form over the last few weeks with two top 10’s in his last three starts. He played well in Chambers Bay shooting a superb final round 64 to finish T4 at The US Open and followed that with an impressive T10 in St Andrews at The Open Championship. He has played this course on both previous USPGA occasions finishing T9 in 2004 and T39 in 2010.

HIDEKI MATSUYAMA has been showing superb consistency with eight top 10 finishes already under his belt. His good run of form began back at The Northern Trust Open where he finished T4 and followed that with a T23 at The WGC Cadillac, T21 at The Arnold Palmer solo 5th at The Masters, T9 at The WGC Matchplay and a T17 at The Players. Most recently, he finished T20 at The Wells Fargo, T5 at Memorial, T18 at The US Open and T18 at The Open Championship.

WGC Bridgestone Invitational champion, SHANE LOWRY has shot up the rankings into the world’s top 20 with his amazing win at the Firestone Country Club and will fancy himself to do well this week. He tied 9th at the US Open and he will relish the chance to play a links style course with a major on the line, especially as things didn’t go to plan at the Open.

LOUIS OOSTHUIZEN looked superb at The Open but sadly lost a playoff to in form Zach Johnson and ended up finishing second. He has played well at all of the WGC’s, which are all elite fields finishing solo 6th at The WGC Cadillac earlier this year, T14 at the WGC HSBC Champions and T5 at The WGC Matchplay back in March.

ZACH JOHNSON has been playing superb golf over the last few weeks with four top 10’s in his last six starts. After a brilliant win at St Andrews, he also finished T3 at The John Deere Classic the week before, solo sixth at The Travelers and solo fifth at The Byron Nelson.

TIGER WOODS missed the cut at both the US Open and The Open Championship but he had his best result in a golf tournament since the Masters at the Quicken Loans National a fortnight ago (T18).

PATRICK REED has top-25 finishes in all three majors so far this season and has returned to form recently, producing a run of T29-T20-T16-T15 in his last four starts including a strong effort last week.

BRANDEN GRACE is another player who showed in the US Open that he has a real liking for Links courses. He ranks 22nd in driving distance, 26th in strokes gained putting, 22nd in approaches from 175-200 yards and 22nd in scrambling.

6 Places on the 2015 USPGA Championship

Titanbet offer money back if 2nd to Spieth

6 Places on the 2015 USPGA Championship

7 Places on the 2015 USPGA Championship

7 Places on the 2015 USPGA Championship

Money back if 2nd or 3rd at Boylesports!

Free bet if your selections misses the cut!

Money back if 2nd to Spieth at Titanbet!