UK will once again head to the polls after Theresa May's decision to call a snap general election.. Who will be the next UK Prime Minister? Who will win the most seats? This article contains our 2017 General Election betting preview with predictions, betting tips, enhanced odds, bookie offers and no deposit free bets on the biggest UK political event of the year!

UK Prime minister Theresa May shocked the country when she announced her intention to hold a snap election on June 8.

All major bookmakers make the Tories heavy odds-on favourites to win both the most seats and an overall majority. Despite the recent Labour resurgence, 84% of all money staked has been on the Conservative Party winning. Labour have attracted 8%, while "No overall majority" has attracted 6%. Anyway, with the latest YouGov poll suggesting that the Tories will fall short of a majority, the price for no overall majority is now just 9/2 having been 10/1 exactly one week ago. The analysis, published in The Times, puts the Tories on 310 seats, down from the 330 they went into the election with, and 16 short of a majority. Labour will gain 28 to have 257.

Survation pollsters have figures of 43% for the Tories whilst Labour are up to 37% with many other polling organisations also having the gap at just single figures. This does of course mean that the Conservative's are still on for victory but as we get ever closer to polling day, their lead is shortening after the Tories’ manifesto pledge on care funding came under fire from the party’s traditional supporters. 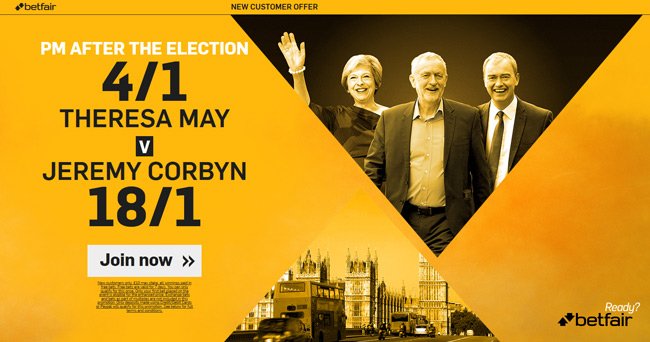 YouGov, who made headlines in recent weeks by showing Labour narrowing the deficit from 18 points at the beginning of the campaign to just three last week, have the Tories ahead by four. This weekend, an ICM poll shows 62% of 18-24-year-olds intending to vote Labour while only 16% back the Tories. The surprises of Brexit and Donald Trump in the US Presidential Election were both shorter odds than that of a Labour victory at the moment. Another YouGov poll shows Jeremy Corbyn's personal popularity at its highest since he became Labour leader. Satisfaction in Theresa May has also fallen from 55pc to 43pc – her lowest ratings to date.

All the polls indicate a return to two party politics. Much was expected of the Lib Dems at this election but they're now in a fight to hold on to their nine seats.

Current PM Theresa May remains the favourite to remain as UK Prime Minister but Boris Johnson is continuing to be backed by punters and his price is shortening. For the second time in a fortnight, General Election campaigning has been suspended after what looks like another terrorist attack on UK soil and this could have a huge impact on the GE17 results. 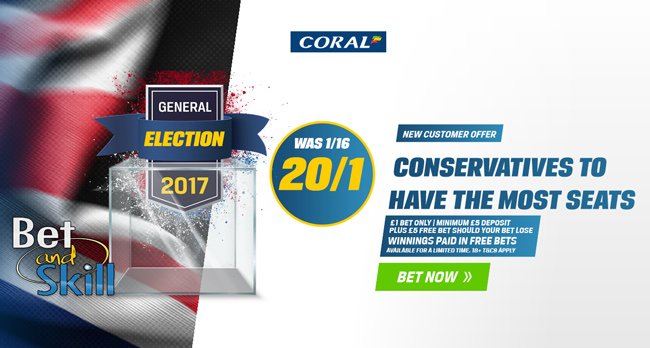 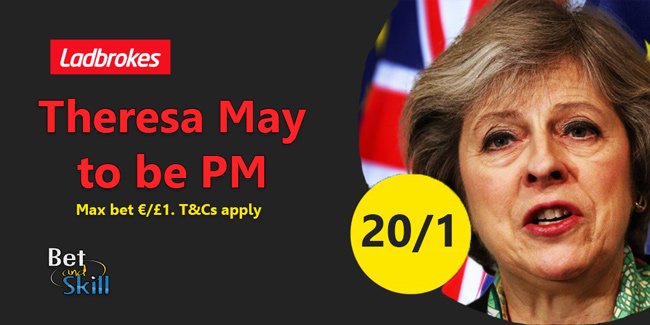