Jeremy Corbyn's personal popularity at its highest since he became Labour leader and you can get a massive offer at Paddy Power! Claim a HUGE 18/1 Jeremy Corbyn to be the next Prime Minister after the General Election at Paddy Power! Normal price is much shorter! 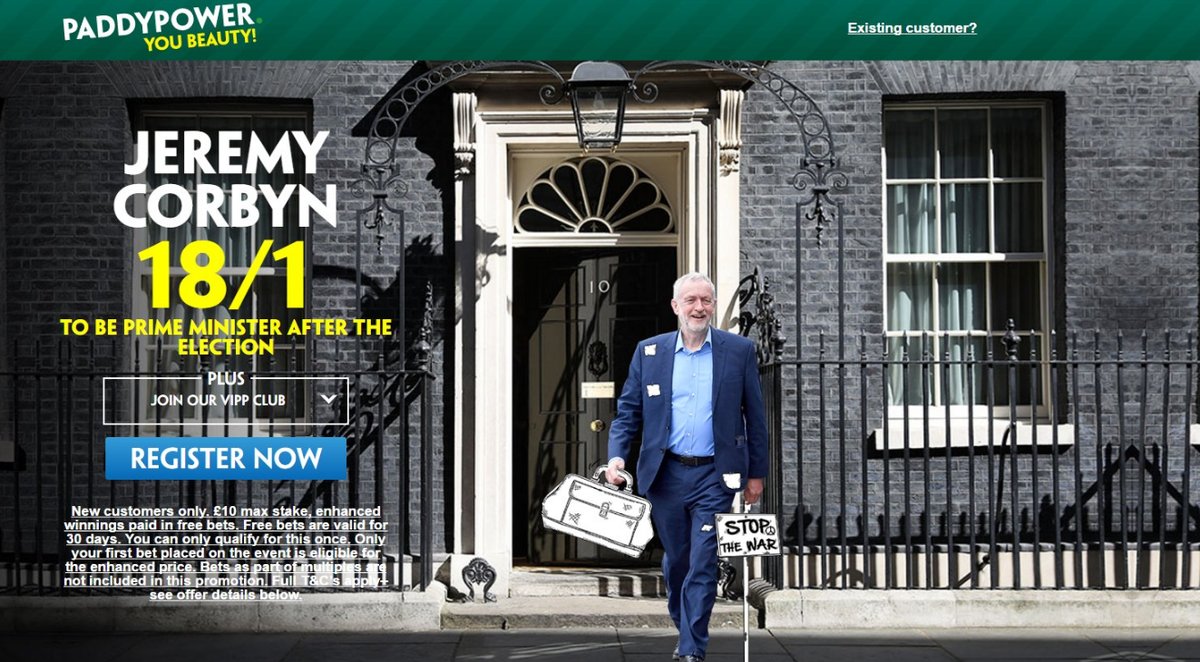 18/1 Jeremy Corbyn to be the next Prime Minister at PaddyPower  The Conservative's are still on for victory but as we get ever closer to polling day, their lead is shortening after the Tories’ manifesto pledge on care funding came under fire from the party’s traditional supporters.

YouGov, who made headlines in recent weeks by showing Labour narrowing the deficit from 18 points at the beginning of the campaign to just three last week, have the Tories ahead by four. This weekend, an ICM poll shows 62% of 18-24-year-olds intending to vote Labour while only 16% back the Tories.

And we could have another huge surprise after the Brexit and Donald Trump!

Register with Paddy Power via this special link

2. Place your 1st bet (max bet £/€10) Jeremy Corbyn to be the next UK Prime Minister and select the normal odds on site

3. If Corbyn will be the next PM you will be paid out straight away at the normal price and you'll be topped up with the additional amount in free bets within 48 hours.