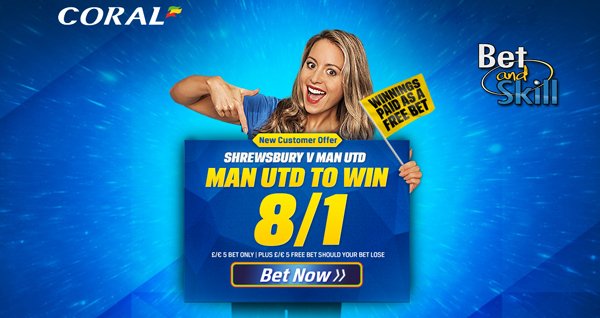 Shrewsbury sit 19th in League One, three points above the drop-zone, with a W9 D6 L16 record in 31 league fixtures so far. They have won just one of their last six home games, losing four. Anyway, they head into this game on the back of a morale-boosting 3-2 win at rivals Blackpool. In the previous FA Cup rounds, Micky Mellon's men beat Cardiff City and Sheffield Wednesday.

On-loan midfielder James Wallace has been forced out of action with a knee injury while
former United midfielder Larnell Cole and fourth-round hero Grimmer both expected to be available. Richie Wellens also began his career as United youngsters, and will be keen to impress against his former club. Akpa Akpro is expected to lead the line in a 3-5-2 formation. Cole and Andrew Mangan are in contention for the reamining berth up front.

Manchester UTD come into this game off the back of consecutive defeats away against relegation-threatened Sunderland in the Premier League and FC Midtjylland in the Europa League on Thursday. Their hopes of finishing in the Premier League top four are also fading quickly. The Red Devils are currently fifth in the league table and six points adrift of the top four heading into the final 12 games of the season.

Wayne Rooney will be out for six weeks and he has been joined on the sidelines by David De Gea, who picked up a knee injury during the warm-up for the midweek Europa League game.  Sergio Romero is set to deputise again between the posts. Cameron Borthwick-Jackson can recover from his virus to return to the back four. Donald Love, who made his senior debut in the Europa League on Thursday, is cup-tied. Matteo Darmian, Marcos Rojo, Phil Jones, Luke Shaw, Antonio Valencia, Guillermo Varela, Ashley Young, Bastian Schweinsteiger and Marouane Fellaini remain sidelined. 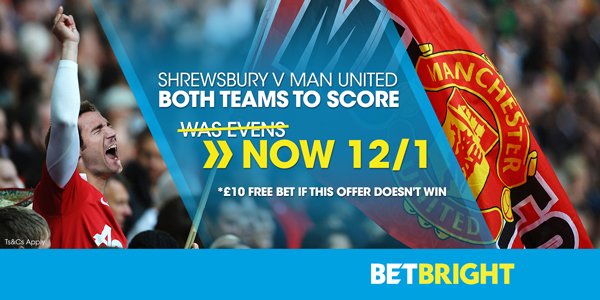 Get a crazy 12/1 both teams to score at Betbright!

Get 5/1 Alexis Sanchez to score anytime at 12bet.co.uk!