Preston ocntinued their rather hit and miss form this season when they beat Burton Albion 1-0 away from home on Monday. Their league form is mixed as they have won two, drawn two and lost one of their last five Championship games (DWLDW). Simon Grayson's men have not managed two consecutive wins since October and now have the play-offs and the relegation zone both some distance away (six and eight points respectively). Preston have won just one of their last 15 FA Cup games against top-flight opposition. They were knocked out of the third round of FA Cup last season by a lower league side Peterborough.

Jermaine Beckford serves the third of a four-match ban here while John Welsh and Calum Woods are both sidelined through injury. Simon Grayson is expected to play with a 4-4-2 formation, in which Simon Makienok and Eoin Doyle. 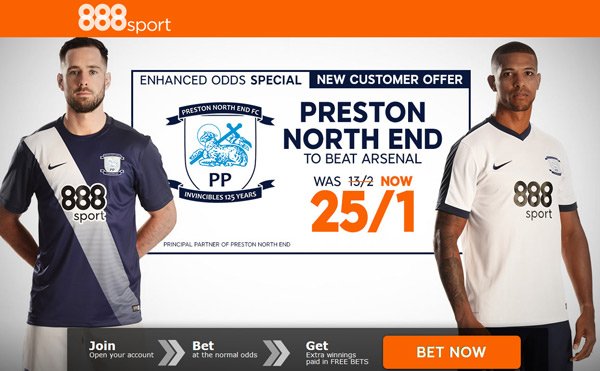 Arsenal’s Premier League title ambitions took another hit on Tuesday when they played a ridiculous 3-3 draw away to Bournemouth, after trailing 3-0 with 20 minutes left. The Gunners are poor away from the Emirates Stadium with two wins, two draws, and two defeats in their last six matches on the travels. They are 5th in the Premier League, 8 points shy of league leaders Chelsea and the FA Cup could once again represent their biggest chance to win silverware this season.

Arsene Wenger has confirmed that Alexis Sanchez will be rested, while Francis Coquelin has been ruled out with a hamstring issue and Lucas Perez is a doubt with an ankle knock. Mesut Ozil has missed Arsenal's last three matches and could miss this clash too. With Santi Cazorla and Mohamed Elneny both ruled out, Aaron Ramsey and Granit Xhaka may have to start in midfield. Up front, Olivier Giroud is expected to lead the line while Danny Welbeck could play at some stage. 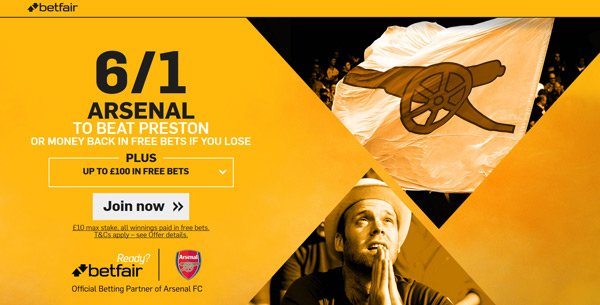 You can watch and bet on ARSENAL v PRESTON live at bet365.com