The Marsh Novices' Chase is the newest race at the Cheltenham Festival, added in 2011 and run over two and a half miles. The reason for the addition was to have a middle distance for the novice chasers. The Irish dominated last year’s Marsh with Samcro coming on top for Gordon Elliott at 4/1. Find below our Cheltenham 2021 Marsh Novices race preview, with odds, tips, predictions, trends, free bets and betting promotions.


Are you looking for all the 2021 Cheltenham predictions? Visit our Cheltenham betting tips section here! 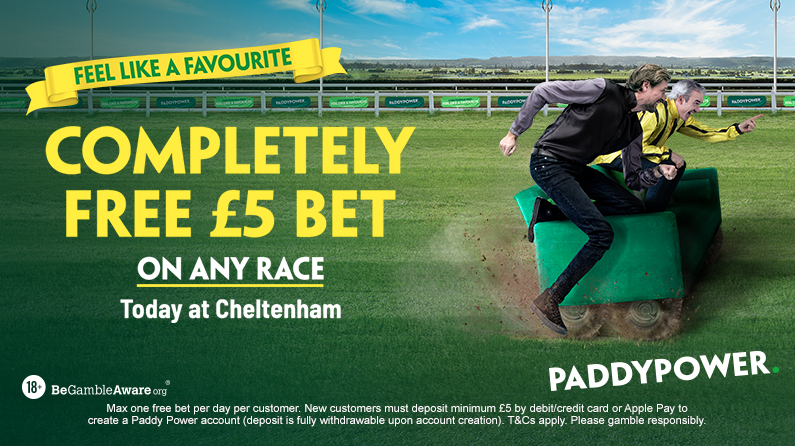 The Marsh Novice Chase was a brand new edition to the Cheltenham Festival in 2011 and has been dominated by Willie Mullins in the last three seasons as the Irish trainers has guided Vautour (2015), Black Hercules (2016) and Yorkhill (2017) to victory. Although young, the Marsh Novices' Chase has quickly become an important part of the Cheltenham Festival and we expect to continue to see that over the coming years. It's a Grade 1 chase run over two miles and four furlongs, for horses aged five years and upwards, with a prize money of £150,000.

The race will attract plenty of top-class horses as it falls between the 2 mile Arkle Challenge trip and the 3 mile RSA Chase distance.

Who will win the Marsh Novices' Chase 2021?We'll take a closer look at this year's Marsh Novices Chase and try to determine which horse is likely to prevail in this much anticpated renewal.

ENVOI ALLEN is unbeaten so far in his bumper, hurdles and chasing career. He has won all 11 career starts to date, including the Ballymore Novices' at the 2020 Cheltenham Festival. Gordon Elliott's stable star has recorded two wins hard on the bridle over fences this season, including the Grade 1 Drinmore Chase at Fairyhouse at the end of November.

SHAN BLUE was unbeaten in three starts over fences before being out battled up the Sandown hill last month by a rejuvenated Sporting John. Dan Skelton's seven-year-old is rapidly improving and he may surprise a few on the day.

MONKFISH has an entry here but he is expected to take up his option in the Brown Advisory Novices' Chase over the longer trip of three miles on Wednesday.

CHANTRY HOUSE has improved after back surgery. He has won two starts over fences but disappointed at Prestbury Park back in December. Nicky Henderson's 7-year-old looked much improved when winning at Wetherby last time out, and he can challenge for the places.

His stablemate FUSIL RAFFLES will also run with big credentials, with two victories under his belt at the Gloucestershire course this season already. He beat Quick Grabim and Gumball relatively easily on his chase debut and followed that up at Cheltenham over 2m beating Sir Valentine and Getaway Trump. Finally, he took his record over fences to three-from-four on the same card, having been pulled up at Cheltenham on his previous start.

Join Ladbrokes today, get a £1 no deposit free bet to use on any Cheltenham race!

Dark Horses?CHATHAM STREET LAD was an impressive handicap winner at Cheltenham in December while last season’s Champion Hurdle third DARVER STAR could be a threat if the ground is suitable.

ASTERION FORLONGE and BLACKBOW are possible contenders for Willie Mullins. The former fell at the first at Punchestown against Envoi Allen last time out. We’ve not seen the best of him yet over fence and his jumping skills remain questionable. Blackbow looked a natural over the larger obstacles when continuing Mullins’ domination of the beginners’ chase at Navan four months ago. He an a creditable second in the Irish Arkle, but was unable to get near Energumene in the run-in.

At the moment, the most backed horses are the following:

The following section contains our recommended bets on the Marsh Novices' Chase 2021. Feel free to copy our Cheltenham Festival tips and get the highest odds available on the market by clicking the 'Bet' button! Furthermore, find here our NAP of the Day!

Looking for the best Cheltenham Free Bets & Betting Account Offers? We got you covered!

What time is the Marsh Novices' Chase?

The Marsh Novices' Chase is the 1st race run on Day 3 of the Cheltenham Festival. That falls on Thursday March 18, 2021 and the official starting time is 1:30pm.

How many obstacles are jumped in the Marsh Novices' Chase?

What is the distance of the Marsh Novices' Chase?

What is the prize money for the Marsh Novices' Chase?

The total prize money on offer for the Marsh Novices' Chase at the 2021 Cheltenham Festival will be £150,000.

Last year's renewal was won by Samcro at SP of 4/1, trained by Gordon Elliott and ridden by Davy Russell.

What weights are carried for the Marsh Novices' Chase?

Who is the leading jockey in the Marsh Novices' Chase?

Ruby Walsh rode three winners in the last 10 years but he's now retired. Paul Townend took over Ruby's position, so he is one to follow.

Who is the leading trainer in the Marsh Novices' Chase?

With 4 winners, Willie Mullins has dominated the Marsh Novices' Chase so far. He was narrowly beaten last year as Melon finished runner-up. No other trainer has saddled more than one winner.
SHARE IT WITH YOUR FRIENDS
Let your friends know about this article! Share it on your favourite social media!