Liverpool entertain a struggling West Ham at Anfield Road on Sunday afternoon. Bookmakers are expecting the Reds to back to winning ways. Who will win? Check out here our Liverpool v West Ham betting preview with predictions, betting tips, starting line-ups, team news, enhanced odds, exclusive promotions and no deposit free bets on this clash!

Liverpool are unbeaten at home in the Premier League, collecting 16 points from a possible 18 but enter this match on the back of a shocking 4-3 defeat at Bournemouth last weekend. They currently sit third in the league standings, level on points with Manchester £City. In terms of direct matches, the Reds are undefeated in 15 of their last 16 home matches against West Ham in all competitions and have kept a clean sheet in 7 of their last 9 home clashes against the Hammers.

Joel Matip and Sadio Mane have both trained this week and look set to be fit to feature. Roberto Firmino and Divock Origi likely to form the rest of the front three alongside Manè while Georginio Wijnaldum could come in for Emre Can, with the latter carrying a minor knock and may not be risked. Philippe Coutinho, Danny Ings and Daniel Sturridge are all sidelined for the Reds. 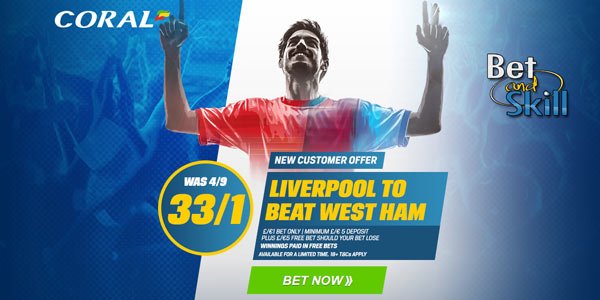 West Ham arrive on Merseyside on a dreadful run of form. They have failed to win any of their last six games in all competitions as pressure mounts on Slaven Bilic, and last week was a particularly miserable as they followed up a 4-1 League Cup battering at Manchester United with a humiliating 5-1 home defeat to Arsenal. The Hammers are currently 17th in the Premier League table and desperately need a win here, since Swansea and Hull City earned points yesterday.

Cheikhou Kouyate is sidelined for West Ham with a groin problem. James Collins is also likely to be ruled out due to a hamstring problem, though. Winston Reid and Angelo Ogbonna could be joined by either Alvaro Arbeloa or Havard Nordtveit in defence. The likes of Aaron Cresswell and Michail Antonio have trained and could feature. Manuel Lanzini and Dimitri Payet are expected to start in the attacking midfield positions, with Ashley Fletcher perhaps getting the nod as the lone striker ahead of Andre Ayew and Andy Carroll, who are both short of match fitness. 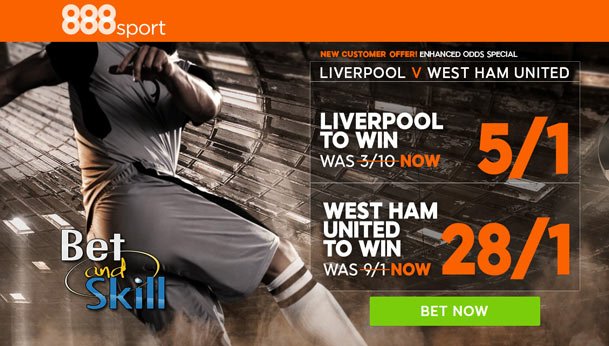