West Ham host Tottenham in a much anticipated London derby on Saturday lunchtime. Who will get all three points? Don't miss our West Ham vs Spurs betting preview with predictions, betting tips, probable line-ups, team news, enhanced odds, exclusive promotions and no deposit free bets on this weekend's Premier League!

After a poor start to the season, West Ham are improving over the last couple of weeks. After three consecutive defeats to start the season against Man Utd, Southampton and Newcastle, Slaven Bilic may have been fearing for his future, but a win over Huddersfield (2-0) was followed up with a handy point from a goalless draw at West Brom (0-0). Four points which took them out of the relegation places, before hammering Bolton in the Carabao Cup on Tuesday. The Hammers have won three of last four Premier League home encounters against Spurs (W1 D0 L3) and have managed to keep a clean sheet in each of these three wins.

Pedro Obiang will miss the clash due to a knock, while Manuel Lanzini will not be ready to return. Mark Noble got 77 minutes under his belt in the EFL Cup in midweek, and looks the favourite to partner Cheikhou Kouyate in central midfield. Up front, Michael Antonio may continue alongside Andy Carroll and Chicharito in attack, although Marko Arnautovic is pushing for a start after a good performance in the Carabao Cup. Andre Ayew is another strong option for a spot in attack. In defense, James Collins is ruled out and that should see Angelo Ogbonna stepping in alongside Winston Reid and Jose Fonte.

Tottenham are still winless at Wembley Stadium but they have won both of their away matches in the league so far this term. A win would equal a club record of five successive Premier League away wins. Anyway, back-to-back home draws in the league against Burnley and Swansea have inflicted a huge damage on their title hopes and they can't afford to lose ground again. Spurs were also involved in the Carabao Cup in midweek, fielding a pretty strong lineup and securing a narrow 1-0 success over Barnsley. The last meeting between these two sides ended in a 1-0 win for the Hammers back in May and Tottenham will aim to revenge that loss.

Mauricio Pochettino has no fresh injury concerns ahead of this trip.  Ben Davies was an unused substitute last week after taking a minor knock to his ankle, but the Welshman looks set to return this weekend. Moussa Sissoko and Mousa Dembelè are in contention for a starting berth in midfield alongside Eric Dier. Christian Eriksen, Dele Alli and Harry Kane will retain their spots up front, as well as Toby Alderweireld, Jan Vertonghen and Davinson Sanchez at the back. Erik Lamela, Danny Rose and Victor Wanyama are again ruled out. 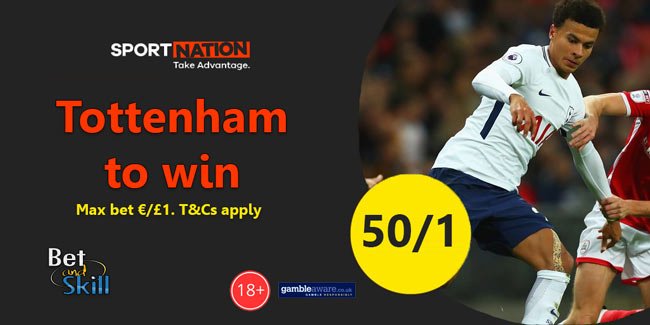