West Ham welcome Arsenal in the Premier League on Wednesday night, with the Hammers still attempting to lift out of the relegation zone. This article contains our West Ham vs Arsenal betting preview with predictions, betting tips, lineups, team news, boosted odds, bookie offers and no deposit free bets on all the fixtures!

After a dismal start to the campaign, West Ham appear to have turned a corner after defeating Chelsea 1-0 last weekend. That win was a first in five matches for David Moyes, just their third league win of the season and a first since the end of September. They now sits in 18th place in the league table, level on points with West Brom. The Hammers have not managed back-to-back Premier League victories since January, and they failed to secure consecutive home victories in the league since last December. West Ham still have the worst defence in the English top flight after conceding 32 goals but they will be high on confidence after a clean sheet against Chelsea.

David Moyes could consider naming an unchanged starting XI. Andy Carroll and Javier Hernandez will push for starts, but Moyes may stick with Michail Antonio up front. Manuel Lanzini and Marko Arnautovic should retain their berth as offensive midfielders while Mark Noble and Pedro Obiang are expected to anchor the midfield given that Cheikhou Kouyatè is a major doubt. Edimilson Fernandes the alternative if Moyes looks to introduce some fresh legs. Pablo Zabaleta and Arthur Masuaku should continue in the wing-back positions, with Winston Reid, Angelo Ogbonna and Aaron Cresswell expected to form the three-man defence once more. Adrian has excelled in the last two games, meaning that Joe Hart will once again be on the bench.Sam Byram, Jose Fonte and Cheikhou Kouyate remain sidelined. 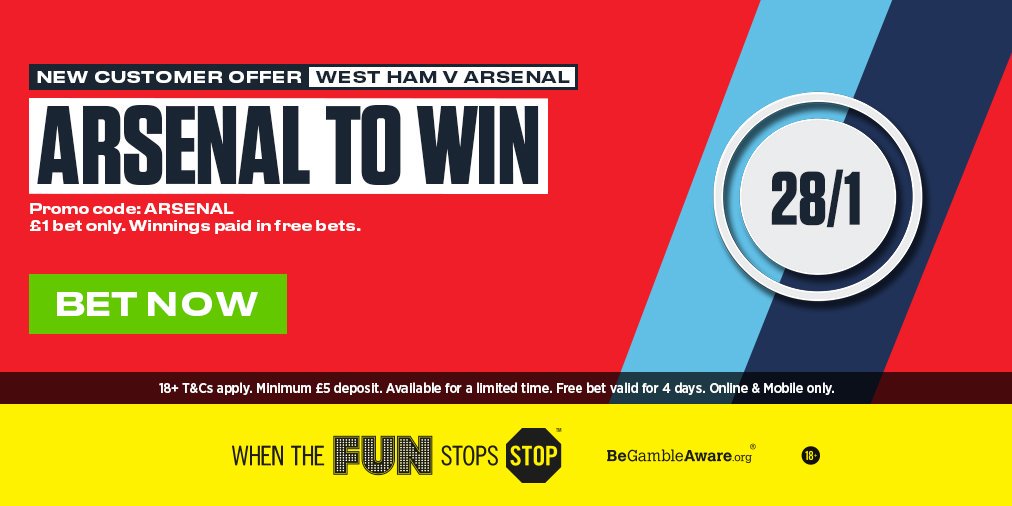 After a painful 3-1 defeat by Manchester United at the Emirates Stadium, Arsenal were held to a frustrating 1-1 draw away at Southampton at the weekend. They are one point outside the top four in the Premier League standings, a whopping 17 points behind leaders Manchester City and with a 11 points gap on second-place Manchester UTD. The Gunners have been shaky away from North London, having won just two of eight this term, and going further back they have lost 11 of their last 20 on their travels. As to direct matches, Arsenal have won 12 of their last 14 matches against West Ham in all competitions, including a 5-1 victory in the most recent encounter at the London Stadium.

Aaron Ramsey is ruled out of the trip to West London and Shkodran Mustafi may not recover in time. Mohamed Elneny is likely to partner Granit Xhaka in central midfield while Hector Bellerin and Sead Kolasinac should continue in the wing-back roles in the 3-4-2-1 formation. Up front Olivier Giroud, Alex Iwobi and Danny Welbeck are pushing for starting berths but only the Frenchman is expected to feature from the off, replacing Alexandre Lacazette. The likes of Mesut Ozil and Alexis Sanchez will continue to play behind the lone striker. Theo Walcott (calf) is available while Santi Cazorla is a long-term absentee for the Gunners. 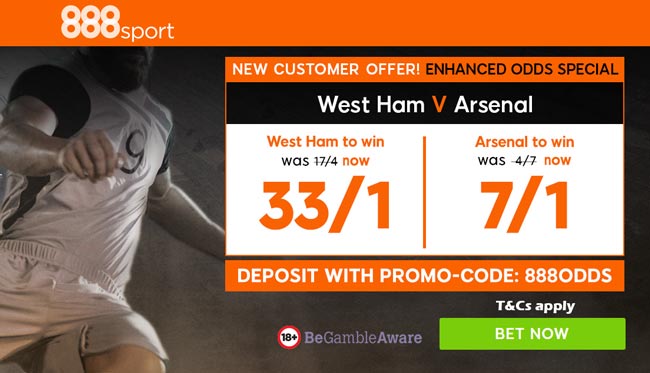