Manchester UTD play away against West Bromwich Albion at the Hawthorns in Sunday Premier League action. Who will claim all three points? Check out here our WBA vs Man UTD betting preview with predictions, betting tips, starting lineups, team news, highest odds, no deposit free bets and exclusive promotions on this match!

New West Brom boss Alan Pardew has failed to get a win three games into the job as his team recorded two goalless draw against Crystal Palace and Liverpool, and a narrow 1-0 defeat at Swansea. Hence, Pardew's men also failed to find the net in all of their last three outings  and are the only team yet to score in the top flight this December. The Baggies – who languish in 17th place - have failed to win their last 15 matches but the Swansea game was thei only loss in the last 5 Premier League fixtures - a run that also saw WBA holding Tottenham (1-1) and Newcastle (2-2).

Gareth Barry is in contention to return while Nacer Chadli needs more training before being involved. Sam Field is expected to replace Grzegorz Krychowiak in central midfield while Matt Phillips remains a doubt. Jay Rodriguez only played 19 off the bench on Wednesday night, so he may come into contention to start in place of either Hal Robson-Kanu or James McClean out wide in a 4-1-4-1 system. Craig Dawson and James Morrison are both sidelined.

After suffering defeat to rivals and current leaders Manchester City last weekend, Man UTD returned to the winning ways with a 1-0 win over AFC Bournemouth with a single goal from Romelu Lukaku. They have thus bagged five wins in their last six league outings but are still 11 points behind Manchester City. In terms of direct matches, the Red Devils have won eight of their last 11 meetings with West Brom, drawing twice and losing once. They are undefeated in 9 of their last 10 away matches against West Brom in all competitions and have scored at least two goals in the process.

Ashley Young will be expected to return at left-back with Luke Shaw dropping out. Eric Bailly faces two to three months on the sidelines due to an ankle injury an Phil Jones could again start alongside Chris Smalling at the heart of a back four, with Antonio Valencia confirmed as right back. Paul Pogba serves the final game of his three-match suspension here while Marouane Fellaini remains sidelined, so Nemanja Matic is likely to be joined by Ander Herrera in central midfield. Jesse Lingard appears a probable starter in a No 10 role, Marcus Rashford and Anthony Martial in the offensive wingers roles with Romelu Lukaku as lone striker. 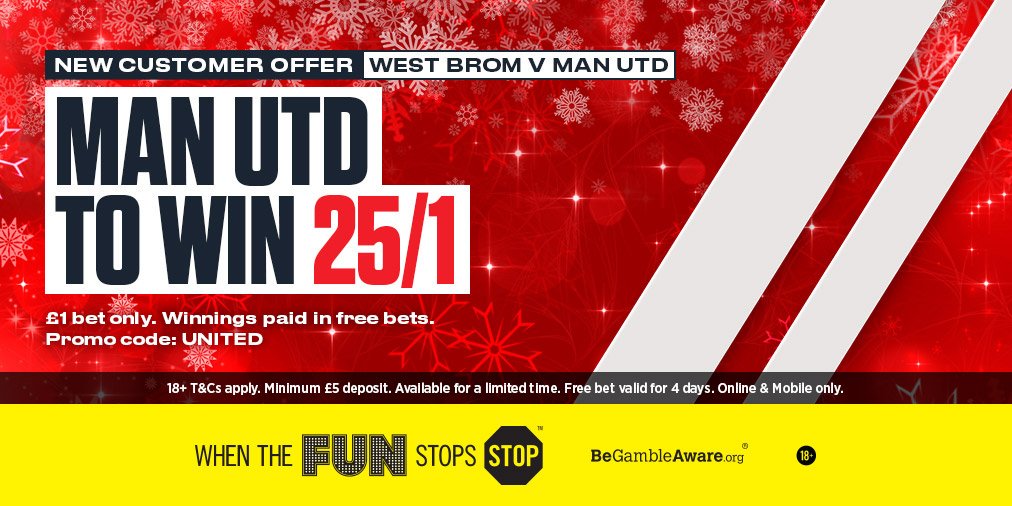