History will be made on Tuesday! Americans are going to choose between Donald Trump and Hillary Clinton to succeed Barack Obama in the White House. Who will be the next President of the USA? This article contains our 2016 US Election betting preview with predictions, betting tips, enhanced odds, bookie offers and no deposit bonuses on the biggest political event of the year!

The polls have suggested throughout the campaign that it will be Hillary Clinton who replaces Barack Obama as President of the USA but there is a growing support for Donald Trump and his odds of winning the election have been cut massively by the bookmakers.

The so called joke candidate was offered at odds of 150/1 when he first declared that he would be running and, much like when Leicester City won the English Premier League last year.

The million-dollar question, anyway, is how precise are the online betting markets at predicting political events. During the Brexit referendum, all online bookmakers had heavily favoured Britain remaining in the EU, only to be proven wrong. 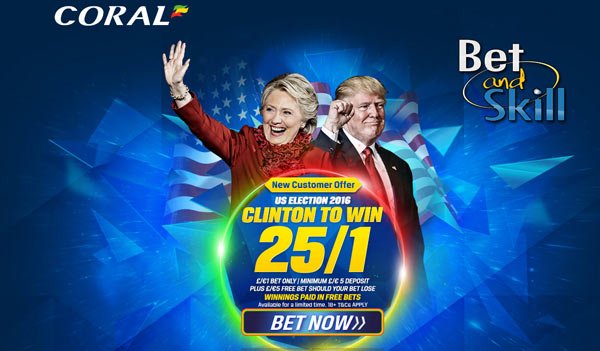 In fact, Hillary Clinton was much, much shorter though a few weeks ago, after a sex scandal involving Donald Trump. Anyway, the last days habe seen a shift in public opinion in this year's US Presidential Election, with Democrat candidate Hillary Clinton witnessing a dramatic cut in her lead, followed by some recovery as the party comes to terms with a new FBI investigation into her use of emails.

Overall, the latest polls show a significant closing of the gap between the two presidential hopefuls, with Clinton having held a lead of 14 points prior to the FBI's latest announcement, but which had closed to just one point by November 1.

Early voting is well underway in North Carolina and Florida - with results apparently in-line with longstanding polls consistently pointing to a narrow Clinton wins. Just winning either of these key states would almost certainly ensure her of the presidency. 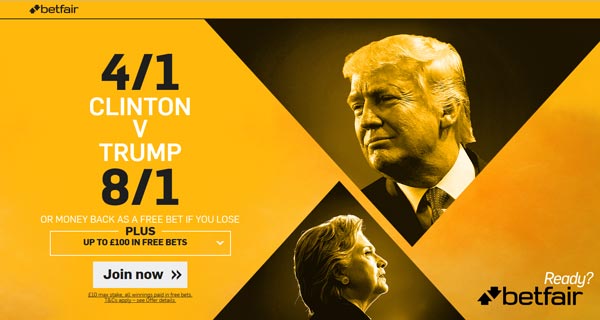 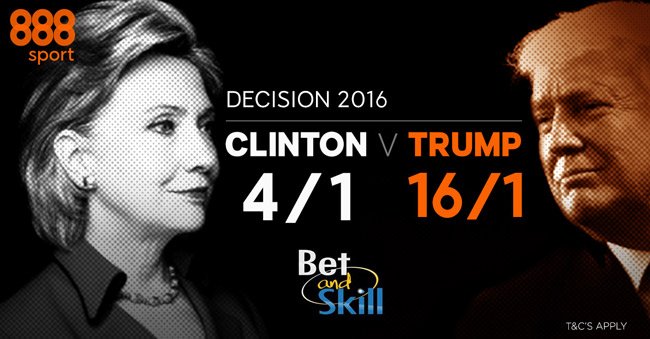 Are you looking for the best expert tips for today's horse racing meeting in Durbanville?...