Sunderland sank further into the depths of relegation trouble on Tuesday when they lost 2-0 away to Leicester in the midweek round of Premier League. This follows on from their 1-0 loss to Watford at the weekend to make it six games without a win (5L 1D). Their only victory in the last 13 Premier League matches came at Crystal Palace on 4 February. The Black Cats are now 10 points adrift of safety and have failed to score in their last 6 matches. They have 20 points from 30 Premier League games this season - no side has survived with as few points at this stage of the season.

Manager David Moyes is expected to be able to recall John O'Shea, while Victor Anichebe could also be given a start after he made an appearance against Leicester in midweek. Adnan Januzaj is unable to play against Manchester United due to the terms in his loan agreement so Victor Anichebe, Sebastian Larsson or Wahbi Khazri could start on the left of the front three. Fabio Borini is likely to keep his place on the right, with Jermain Defoe, who recovered from a knock to face the Foxes, expected to retain his spot as the central striker. The likes of Billy Jones, Lamine Kone, Jason Denayer and Bryan Oviedo could form an unchanged back four. 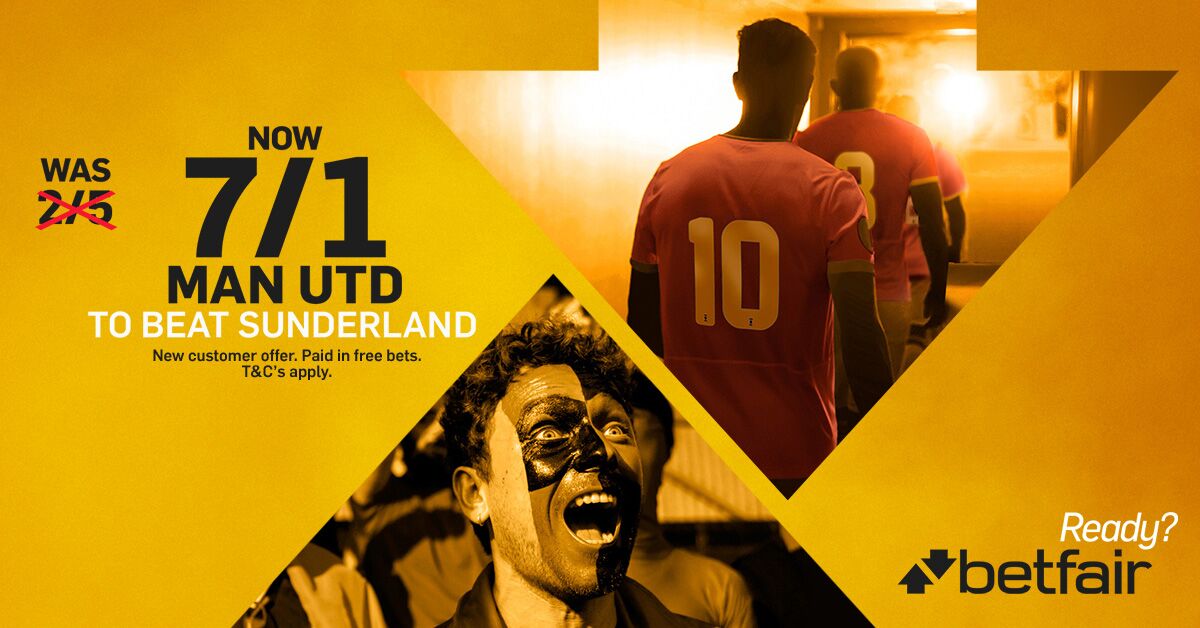 Following consecutive home draws with West Brom and Everton, the Red Devils need a win to keep a push for the top four alive. The draw with Everton means that United’s unbeaten run in the league now stands at 20 games, but this belies a frustrating inconsistency as they have drawn six of their last nine including against teams such as Bournemouth, Hull and West Brom. Jose Mourinho's men are unbeaten in eight Premier League away games and have won six of them. They won the reverse fixture 3-1, a game remembered for Henrikh Mkhitaryan's amazing scorpion-kick goal. However, they have not won in their last three visits to the Stadium of Light (D1, L2).

Ashley Young will miss the trip to the Stadium of Light, while Wayne Rooney remains sidelined. Phil Jones, Chris Smalling and Juan Mata are all sidelined for the foreseeable future. Paul Pogba should feature after recovering from a hamstring injury, but Mourinho must decide between Matteo Darmian and Luke Shaw for the spot at left-back. Antonio Valencia was rested in midweek and will return to the fold here. Mourinho may also consider bringing Henrikh Mkhitaryan and Anthony Martial back into the side, with Jesse Lingard perhaps completing the attacking midfield trio behind lone striker Zlatan Ibrahimovic.