Tottenham take on Liverpool at Wembley Stadium this Sunday, with the Spurs aiming to make it 11 games unbeaten in all competitions. Find below our Tottenham vs Liverpool betting preview with predictions, betting tips, probable lineups, team news, enhanced odds, exclusive betting promotions and no deposit free bets on the Premier League! 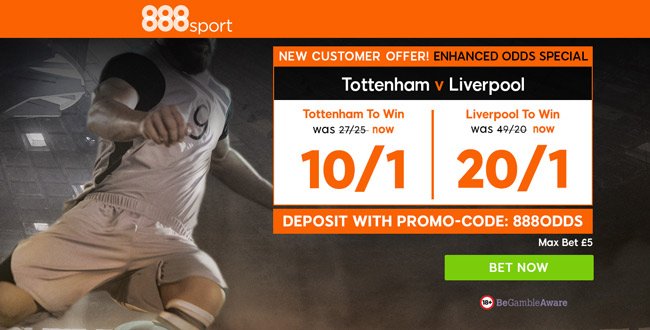 Tottenham earned their first win Premier League win at Wembley when they welcomed Bournemouth last weekend - a narrow 1-0 win that lifted them in 3rd position in the league table, 5 points shy of leaders Man City, and four points and five spots better than Liverpool. In Champions League, they earned a priceless 1-1 draw against Real Madrid at the Santiago Bernabeu few days ago. As a result, the Spurs are unbeaten in the last 10 games across all competitions (W7 D3) but they have failed to beat Liverpool in the last six meetings, losing three.

After missing the last two matches due to illness, Ben Davies has returned to training and is expected to start as left wing-back. Danny Rose returned to first team action against Real Madrid but should be benched. Davinson Sanchez, Toby Alderweireld and Jan Vertonghen should start in a back three with Serge Aurier and Kieran Trippier in contention for the left wing-back spot. Mousa Dembele has suffered a fresh hip injury and Moussa Sissoko may be preferred to Harry Winks in this fixture alongside Eric Dier in central midfield. Christian Eriksen and Dele Alli are expected to line up in the advanced midfield positions behind lone striker Harry Kane. Victor Wanyama and Erik Lamela remain out.

Liverpool enjoyed a huge victory, 7-0 against Slovenian opponents Maribor, which put them top of their Champions League group. Domestically, after last week's scoreless stalemate against rival Manchester United at Anfield, the Reds are in 8th spot with a W3 D4 L1 record. Anyway, it was a welcomed clean sheet as Jurgen Klopp's men have conceded a worrying 12 goals in the previous 7 league games. Liverpool are unbeaten in their last four away league games against Spurs (W2 D2), conceding just one goal in that time and netting nine themselves. 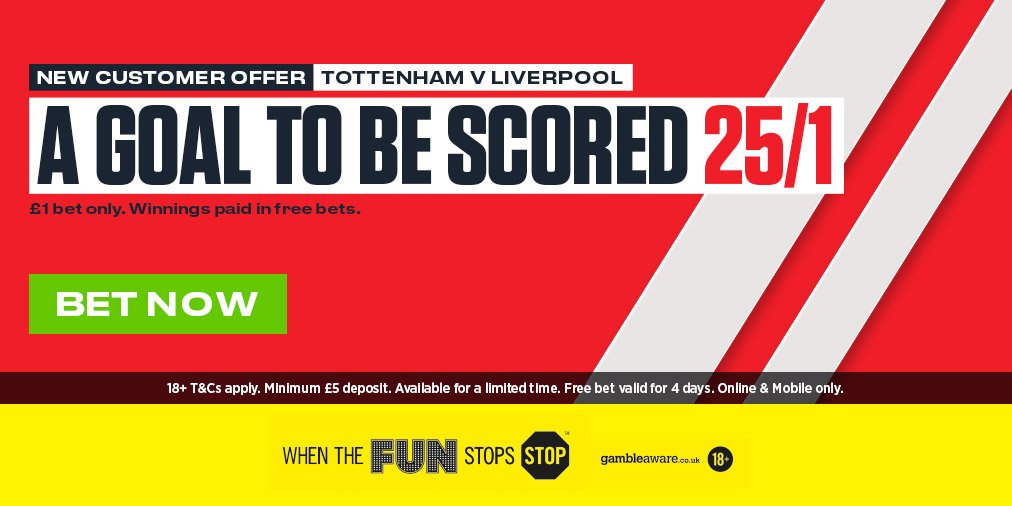