Tottenham were patient against a defensively set out Newcastle on their seasonal league debut. And their persistence paid off midway through the second half as they bagged two quick goals to finish off the match at 2-0. Now Spurs are starting life in their new temporary home, Wembley.
Last season, they struggled at "home of football", losing three of their five games there, including an FA Cup semi-final against Sunday's opponents. At White Hart Lane, the Lilywhites won their last 14 home matches. Can they take their terrific White Hart Lane form into their temporary home?

Spurs boss Mauricio Pochettino could consider switching from the 4-2-3-1 formation he used in the 2-0 win over Newcastle United to his usual 3-4-2-1 system, which would allow Victor Wanyama to regain his place. Kieran Trippier will be assessed on Saturday ahead of the match but he is not expected to be risked. That would mean either Moussa Sissoko or Kyle Walker-Peters starting at right wing-back. Ben Davies appears a sure starter at either left-back or left wing-back, while the same can be said for Dele Alli, Christian Eriksen and Harry Kane in attack. New signing Davinson Sanchez from Ajax will be available to play next weekend. Georges-Kevin Nkoudou, Danny Rose and Erik Lamela all remain out.

Chelsea, meanwhile, have started the season dreadfully as they went down 2-3 at the hands of Sean Dyche's Burnley, who have been tipped for relegation by many pundits over the summer. Prior to that, they suffered a penalty shoot-out defeat at the hands of Arsenal in the Community Shield. The champions are also involved in a protracted dispute with Diego Costa, who is desperately attempting to expedite his departure from the club. Chelsea have lost just two of their last 17 games against Tottenham (all competitions) but they have not won in their last four away game against Spurs (D2 L2).

The Blues have recovered Victor Moses from suspension but will now be without Gary Cahill and Cesc Fabregas for the same reason while Pedro is a major doubt after still feeling pain after training on Friday. Tiemoue Bakayoko and Eden Hazard are not fully match fit, but could be viable options given Conte's lack of options. Michy Batshuayi and Alvaro Morata are likely to lead the line with Willian playing behind them in a number ten role. David Luiz may need to be used in central midfield if Bakayoko isn't risked, so Antonio Rudiger and Andreas Christensen could complete the three-man defence. 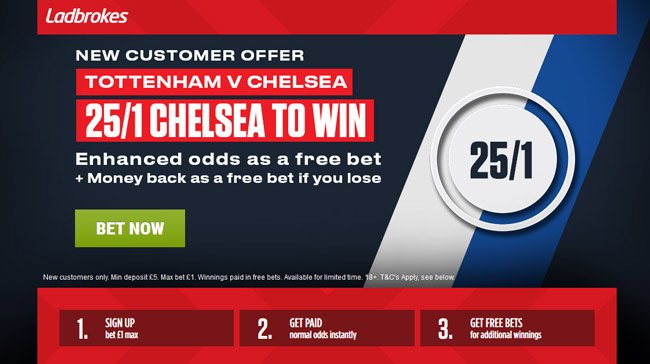