Manchester United have kick-started their Premier League campaign since the start of the month with three straight victories extending their unbeaten run to eight games. Last weekend the Red Devils beat West Brom on the travels (0:2) courtesy of a brace scored by Zlatan Ibrahimovic. United are now 6th in the Premier League standings 4 points below Arsenal in 4th. In terms of direct matches, they have won 6 of their last 7 home encounters against Sunderland in all competitions.

Luke Shaw is United’s only absentee as both Eric Bailly and Henrikh Mkhitaryan are back in contention. Jose Mopurinho will be tempted to name the starting XI that started against WBA, with Michael Carrick stationed in front of the back four, leaving Ander Herrera and Paul Pogba in central midfield. Up front, Wayne Rooney has started in each their last two matches after a time on the bench and may keep his place in the team on Boxing Day with Anthony Martial still out in the cold. As usual, Zlatan will spearhead the attack. 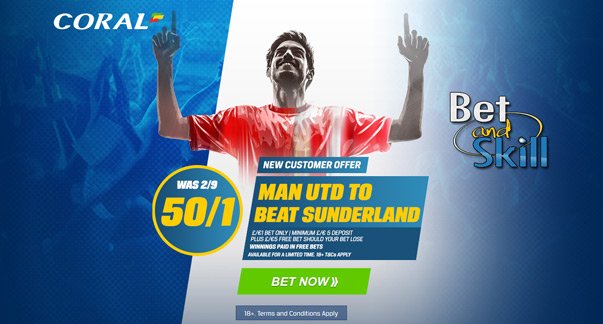 Sunderland picked up a valuable 1-0 win over Watford at the weekend but have been dire on the road this season. The Black Cats have lost 5 of their last 6 away matches and have also failed to score in 5 of these 6 games. David Moyes' men endured their worst ever start to a Premier League campaign, and although the Black Cats have improved lately, they now sit in 18th spot in the Premier League table, one point below the safe zone.

Adnan Januzaj is ineligible to face his parent club while Steven Pienaar and BIlli Jones are also a question mark ahead of this clash. David Moyes is likely to field a 4-5-1 formation with Jermaine Defoe as lone striker and the likes of Fabio Borini and Victor Anichebe as offensive wingers. Didier Ndong and Jason Denayer look set to keep their places in central midfield. Jack Rodwell, Paddy McNair, Jan Kirchhoff, Lee Cattermole, Duncan Watmore and Lynden Gooch are all ruled out.