Manchester United’s preseason has been impressive as they won five out of seven of their matches (drawing one), with their only points being dropped in a draw against Real Madrid and a 1-0 loss to Barcelona. Anyway, the Red Devils failed to get their hands on the first piece of silverware they could have claimed this season, losing 2-1 to Real Madrid in the UEFA Super Cup in Macedonia last Tuesday.

Summer signings Victor Lindelof, Nemanja Matic and Romelu Lukaku could make their Premier League debuts for the Red Devils while Eric Bailly and Phil Jones are both available again after sitting out the Super Cup through suspension. Jesse Lingard has recovered from a muscle injury picked up but is likely to be benched and make room to Marcus Rashford. Paul Pogba and Ander Herrera look sure starters in central midfield, with Michael Carrick and Marouane Fellaini likely to be the back-up options. The likes of Luke Shaw, Marcos Rojo and Ashley Young are all out. 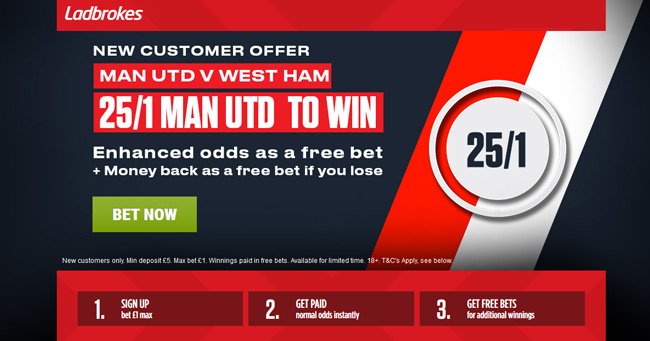 West Ham have undergone some impressive changes as they the London club tries to bounce back from an underwhelming 2016/17 campaign, when a win at Burnley on the final day ensured an 11th-place finish for Bilic's troops. Their pre-season results have been extremely poor - just one win from six games (three draws and two losses) shows a lack of form going into their opener, including a 3-0 loss to Manchester City. They have been very easy to break down in last three friendlies as they also conceded two goals to Werder Bremen and three to Altona 93. The Hammers have had a decent record at Old Trafford in recent years, losing just one of their last four visits.

Hammers boss Slaven Bilic will have Aaron Cresswell and Marko Arnautovic available for the trip to Old Trafford while Andy Carroll, Manuel Lanzini and Cheickhou Kouyatè remain out through injury. Javier Hernandez is set to spearhead the attack against his former club, while Michael Antonio and Andre Ayew are in contention for the third starting berth up front. Mark Noble, Edimilson Fernandes and Pedro Obiang may all start in midfield and there will also be debuts for Joe Hart in goal and Pablo Zabaleta as right back.