Manchester UTD built on their Old Trafford demolition of West Ham on the opening weekend as they visited Swansea and came away with a back-to-back 4-0 win in the Premier League. The Red Devils are undefeated in 29 of their last 31 league matches, considering last season too. Boosted by the additions of Nemanja Matic and Romelu Lukaku, Jose Mourinho's men look a completely different unit in comparison to the previous campaign and on this form, you cannot bet against them at least putting up a strong challenge for the league title. Furthermore, Zlatan Ibrahimovic returned to the club on Thursday but is still on the road to recovering from a knee injury.

Jose Mourinho has no fresh injury concerns and could be tempted to name an unchanged starting XI once again. This would see Antonio Valencia, Eric Bailly, Phil Jones and Daley Blind should forming the back four, with Victor Lindelof, Chris Smalling and Matteo Darmian the back-up options. Paul Pogba and Nemanja Matic should start in the middle of hte park, while the likes of Juan Mata, Henrikh Mkhitaryan and Marcus Rashford are expected to the attacking midfield trio behind Romelu Lukaku. Marcos Rojo is still out through injury while Luke Shaw and Ashley Young will not be involved despite playing 60 minutes for the reserves earlier in the week. 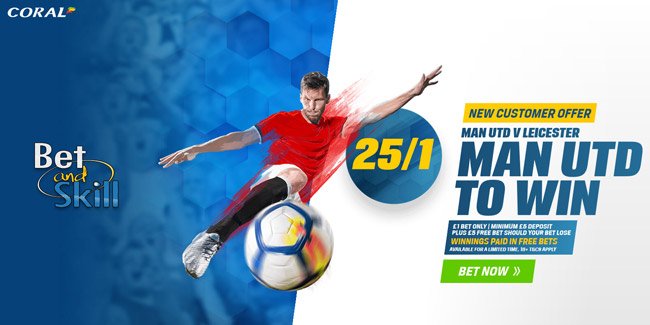 Leicester have made a steady start in Craig Shakespeare's first full season in charge - following up a 4-3 defeat away at Arsenal, by overcoming newly-promoted Brighton 2-0 in their first home game last weekend. The Foxes also played in midweek beating Championship side Sheffield United 4-1 in the Carabao Cup on Tuesday night. The have failed to win 20 of their last 22 away matches in Premier League and  conceded four times at Old Trafford in this match last season as they fell to a 4-1 loss to United.

Craig Shakespeare revealed captain Wes Morgan will be involved and the captain is expected to partner Harry Maguire as centre back, with Christian Fuchs and Danny Simpson as full backs. Matty James should continue alongside Wilfred Ndidi in central midfield, with Riyad Mahrez and Marc Albrighton on the flanks. The in-form Shinji Okazaki is likely to play just behind the lone striker Jamie Vardy in 4-4-1-1 starting system. Vicente Iborra, Robert Huth, Danny Drinkwater and Kelechi Iheanacho are all doubts for the visistors.