Leicester’s campaign started with defeat against Hull City at KC Stadium as the Foxes were beaten 2-1 last weekend. Claudio Ranieri had warned throughout the summer that things would be even more difficult for his side this season, and the opening-day performance suggested that his primary target of reaching 40 points and Premier League survival is perhaps not as cautious as it first appeared.

Robert Huth is available again after serving his suspension, andi should return alongside Wes Morgan in central defence. That could not be Claudio Ranieri's only change as he Italian may choose to insert Okazaki into the support striker role in the 4-4-1-1 formation with Ritad Mahrez and Ahmed Musa as wingers. Danny Simpson and Christian Fuchs look set to continue in the full-back positions while Andy King and Danny Drinkwater are probable starters in the middle of the park.

Arsene Wenger ia already under-fire for his failure to sign a world class striker and a top defender during pre-season and a 4-3 home defeat to Liverpool in their Premier League opening match despite taking the lead thanks to Theo Walcott. On paper, there should have been cause for optimism following last season as Arsenal recorded their highest finish in the Premier League for more than a decade, but in reality Arsenal fans are not happy with the management of the club.

Aaron Ramsey and Alex Iwobi both picked up injuries last time out and could be replaced by Granit Xhaka and Alex Oxlade-Chamberlain.  Theo Walcott should remain on the right, with Alexis Sanchez operating as the lone striker, with Olivier Giroud, like Ozil, perhaps more likely to feature off the bench. In defense, Laurent Koscielny will partner Calum Chambers at centre back after the Frenchman missed against Liverpool due to lack of fitness. Jack Wilshere is unlikely to feature, while Per Mertesacker, Gabriel, Carl Jenkinson and Danny Welbeck all remain out.

The Gunners were the only side the Foxes lost to both home and away in the Premier League last season. Wenger's men won 5-2 this fixture and dramatically triumphed 2-1 at the Emirates Stadium on Valentine’s Day when Danny Welbeck netted a late winner. 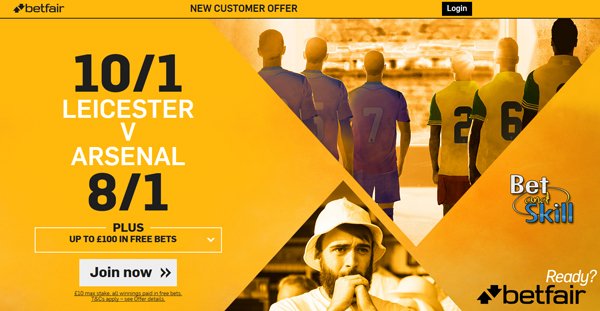