Ireland head into this clash as the Group D pacesetters, with 10 points from their first four fixtures, having beaten Georgia, Moldova and Austria - conceding only one goal in the process - after the opening draw in Serbia (2-2). The Boys in Green have lost just one of their last 15 home games and 9 of their last 12 home games have produced less than three goals.

Manager Martin O’Neill must contend with a number of selection problems. Centre-backs Shane Duffy and Ciaran Clark are ruled out through injury, as well as midfielders Harry Arter and Wes Hoolahan while Robbie Brady is suspended. Furthermore, Daryl Murphy withdrew for the squad on Monday morning after picking up a calf strain. James McCarthy has linked up with the squad so he should be able to feature. The likes of Shane Long and Jonathan Walters are likerly to spearhead the attack in a 4-4-2 starting system.

Wales reached the semi-finals of Euro 2016, but their start to World Cup qualifying has been rather underwhelming. They raced out of the blocks with a 4-0 rout of Moldova on opening match but since then they had to settle for a share of the spoils in even contests against Austria on the road and Georgia and Serbia at home. The Dragons only managed to beat Republic of Ireland once in nine attempts. The last time these two sides met, they drew 0-0 in a friendly in 2013.

Manager Chris Coleman will be happy to have Gareth Bale - has scored four goals in World Cup qualifying so far - back in the team after Real Madrid’s star skipped most of the season due to injuries. The only absence is Ipswich Town midfielder Tom Lawrence, who has been replaced by teenager Harry Wilson. Liverpool teenager Ben Woodburn has been called into the senior Wales squad for the first time. Sam Vokes and Hal Robson-Kanu are in contention for the lone striker starting berth. 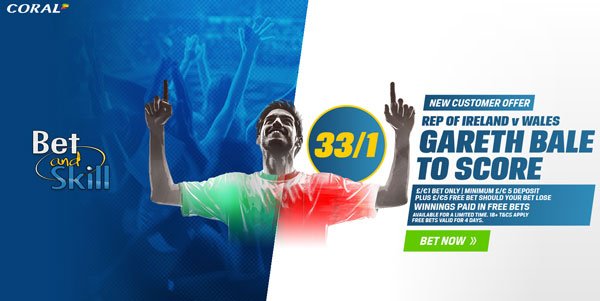 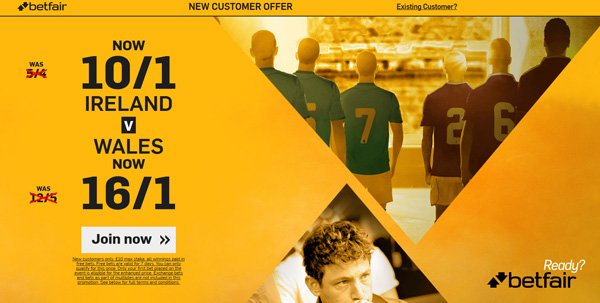