You can't miss the RBS Six Nations action on Sunday when the only two teams with a perfect 2-0 record, Ireland and England, clash in Dublin as this clash could well determine who lifts the Six Nations trophy this year. Don't miss our IRELAND v ENGLAND match preview, with betting tips, predictions, lineups, enhanced odds and no deposit free bets. 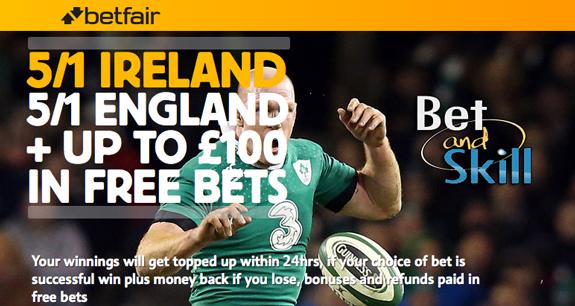 Both Ireland and England boast perfect 2-0 records.  Ireland beat Italy 26-3 in their opening match of the 2015 Six Nations, and then they made it two wins from two games defeating France 18-11 in their second outing. England battled back from 10 points down to earn a 21-16 win over Wales in the opening round and then recorded convincing 47-17 win against Italy in their second match.

Ireland will be without their talisman Jamie Heaslip and it could be large shoes to fill for his replacement Jordy Murphy. Eoin Reddan and Tommy O'Donnell have been added to the replacements bench alongside Sean Cronin, Martin Moore, Cian Healy, Iain Henderson, Ian Madigan and Felix Jones.

Stuart Lancaster has made a couple of changes to his side with full-back Alex Goode coming to replace Mike Brown who misses the game through concussion, while Jack Nowell will start on the wing in place of Jonny May. Henry Thomas replaces Kieran Brookes on the bench.

The Irish won all three of their home games comfortably in 2014 and they also beat Australia and the Springboks in the end of year internationals staged in Dublin. England won the 2014 meeting 13-10 at Twickenham but Ireland was crowned 6 Nations Champions courtesy of a better points difference as both side finished with four wins and one defeat. 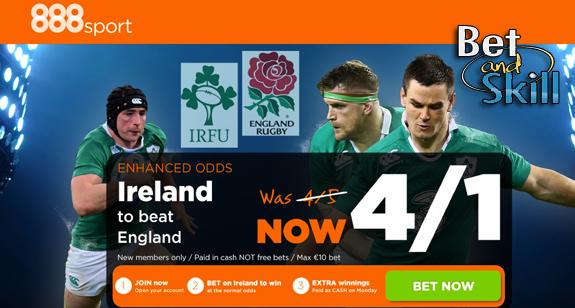 Free bet if first try is not converted 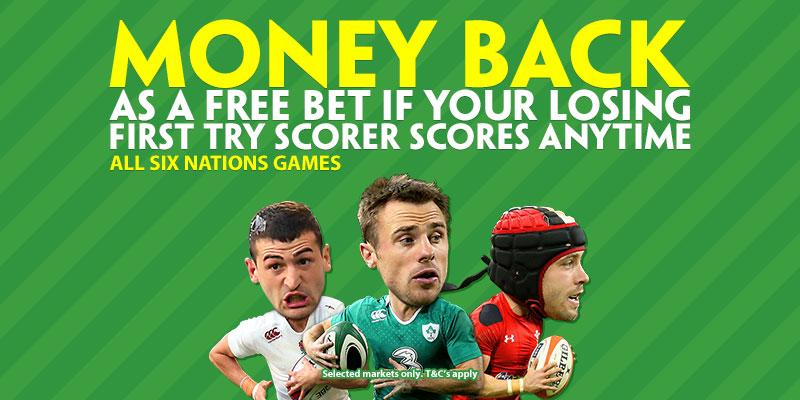