After taking 13 points from their first five games, Everton are now in terrible form having only won one of their last nine matches in all competitions, with the lowest point coming in the 5-0 loss against Chelsea at Stamford Bridge. Despite that, the Toffees are 7th and they are one of just four top-flight teams to be unbeaten at home (three wins, three draws). The Merseysiders have won three of their last six home matches against United, although the last two have ended in defeat.

Ronald Koeman has James McCarthy available for this clash and may consider switching from a 4-2-3-1 to a 4-3-3. That would see Ross Barkley’s starting spot under threat as Kevin Mirallas and Yannick Bolasie should flank Romelu Lukaku up front. Gerard Delofeu, Enner Valencia and Aaron Lennon provide further options. The back four of Leighton Baines, Phil Jagielka, Ashley Williams and Seamus Coleman may remain unchanged, although Ramiro Funes Mori is a viable alternative to Jagielka at centre-back.

Manchester UTD were held to a 1-1 draw at West Ham last weekend, which is their fourth consecutive draw at home - the other three against Stoke, Burnley and Arsenal. The Red Devils currently sit 6th in the table standings with 20 points - a point above today's opponent - and this is their worst ever start to a Premier League season after 13 games. In midweek, they put four past West Ham in the EFL Cup and also looked good when beating Feyenoord 4-0 in the Europa League.  Anyway, they have recorded only 1 win in their last 7 Premier League games.

Jose Mourinho, who will be without the suspended Wayne Rooney, can welcome back Paul Pogba and former Everton midfielder Marouane Fellaini, both of whom missed the win over against West Ham through suspension. Michael Carrick may start in the defensive midfield role of a 4-1-4-1 with Ander Herrera, Juan Mata, Jesse Lingard and Paul Pogba behind Zlatan Ibrahimovic upfront. Henrikh Mkhitaryan and Anthony Martial gave Mourinho plenty to ponder after impressive displays in midweek and are pushing for a start. The likes of  Antonio Valencia, Phil Jones, Marcos Rojo and Matteo Darmian are likely to start in defense, with Daley Blind providing cover. 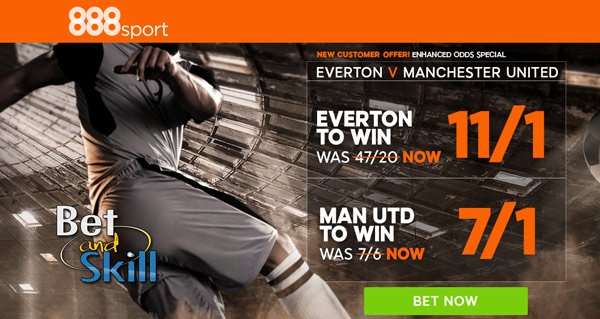