Group E is one the toughest to call at the Euros, with Belgium, Italy, Sweden and the Republic of Ireland battling it out. This article contains our Euro 2016 Group E betting preview including predictions on Group Winner, Top/Bottom Double, To Finish Bottom and Straigh Forecast. Plus, the best odds, free bets and no deposit bonuses on France 2016!

A 1-0 loss to Wales was the only blemish on an otherwise successful qualification phase for Belgium, altough they recorded three draws in a relatively easy qualifying group that also included Bosnia-Herzegovina, Cyprus, Andorra and Israel. In a International Friendly, Marc Wilmots' men hammered Italy, their major rivals in Group E. Vincent Kompany will miss the tournament in defense but the likes of Edin Hazard, Kevin De Bruyne and Romelu Lukaku should strike fear into any defence at Euro 2016.

Italy qualified with relative ease, with 7 wins and 3 draws and a 4 points margin over Croatia. The Azzurri were soundly beaten by Germany and Belgium in the International Friendlies but recently won over Scotland and Finland withou conceding a single goal. Their squad is defensively very solid, but going forward they are not as impressive and could struggle for goals. With no Andrea Pirlo and Marco Verratti in their team, Italy could lack in creativity. Maybe, this is the worst national team and the worst generation ever for Italy but Antonio Conte is a top manager and his teams always are tough to beat.

Sweden finished the Euro 2016 qualifying group in third place, after Russia nicked second spot by two points ahead of them. They progressed through play-offs at the expense of Denmark. Zlatan Ibrahimovic carries Sweden's hopes into this summer's finals, but only a dazzling show from the 34-year-old striker will be to be enough to see them progress to the knockout stage. He scored 11 goals in qualifying including three over Denmark in the play-off. Aside from Ibra, Sweden look an average national team with an average manager. They look vulnerable in defense and we expect them to concede the most goals in the Group.

Republic of Ireland are the dark horses of the group. Similar to Sweden, they qualified for Euro 2016 via play-offs against Bosnia and Herzegovina, after they ended their qualifying group in third place. They proved in their qualifying group that they’re capable of an upset as they beat Germany. The only hope to advance is to keep 10 men behind the ball and hoping to nick a goal from a set piece or counter-attack while preserving their clean sheet. Shane Long, Wes Hoolahan and Robbie Brady are the most talented players of a team with few chances to make the Knockout stages. 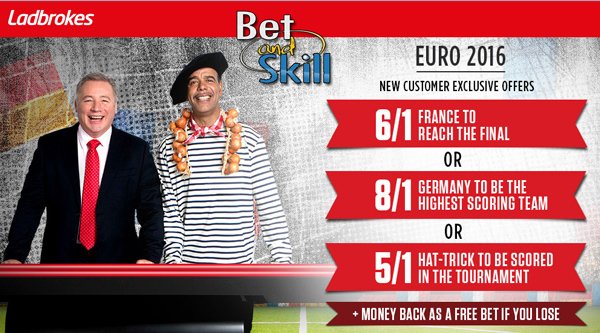