England dropped points in a qualifier for the first time since September 2013 as they enter this match on the back of a goalless draw with Slovenia last time out. It was the first game with Gareth Southgate, as he took charge of the senior team after Sam Allardyce’s sacking. During this qualifying campaign, the Three Lions have only played one game at home which was an unconvincing 2-0 victory over Malta.

Harry Kane is returning after making a comeback at the weekend but Daniel Sturridge is expected to spearhead the attack. Jack Wilshere returns to the squad for the first time since Euro 2016 but he is expected to watch the match from the bench. Danny Drinkwater and Fraser Forster have withdrawn from the squad and been replaced by Aaron Cresswell and Jordan Pickford. Chris Smalling and Luke Shaw also miss out through injuries.

A 1-1 draw at home to Lithuania and a 3-0 defeat in Slovakia have left Gordon Strachan’s side fourth in the group table. In the other game away from the Tartan Army defeated Malta 5-1. They have only won three of their last 11 on the road and two of those came against minnows Gibraltar and Malta.

Manager Gordon Strachan should be helped by the return from international retirement of Celtic midfielder Scott Brown. Robert Snodgrass is doubtful after sustaining an injury, but the likes of Steven Fletcher, Grant Hanley, Craig Gordon, and Darren Fletcher are all included. Blackburn defender Charlie Mulgrew has been called up after returning to Championship action. Stephen Kingsley and Lee Wallace look to battle for a spot at left-back. 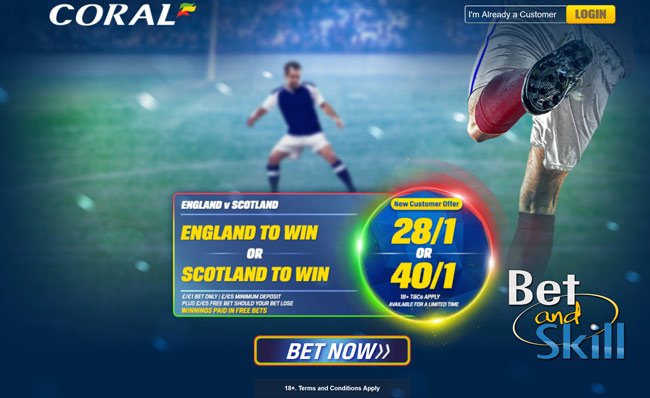 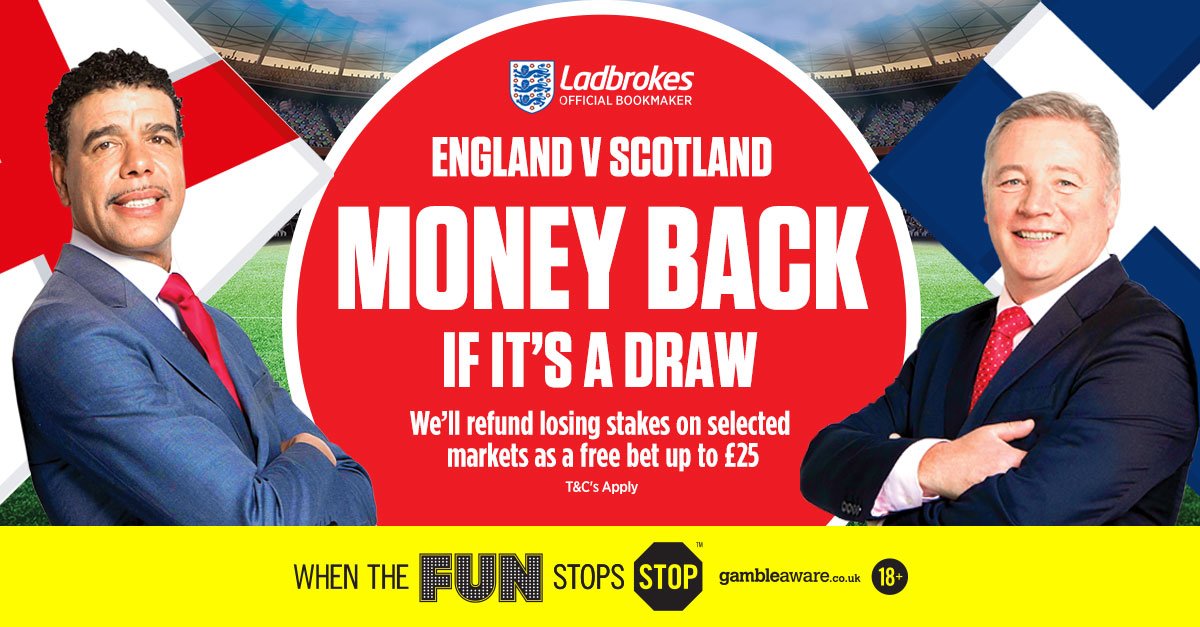 #ad 18+ Max free bet varies from £1 - £25 per customer. Applies to pre match Bet Builder bets on England vs France game only. 4 or more leg bet builders will qualify. Claim free bet via promo page after 3pm 5th December. Must have previously deposited with a debit card, Apple Pay, Paysafe or Playcard to avail of the offer. T&Cs apply.
#ad 18+ £5 free bet automatically credited upon verification. UK only. Free bet available on selected events. Full T&Cs apply. begambleaware.org.
18+. Play Safe. Bet up to £10. Available online & In Shop for Plus Customers. Limited availability. Odds may fluctuate. #ad T&Cs apply. begambleaware.
The prize value displayed for six correct predictions is the maximum available based on a single winner and will be reduced in the event of a shared prize-pool. New and eligible UK and Ireland customers only. T&Cs apply. 18+. begambleaware.org. #ad
18+. Place a qualifying £25 fixed odds bet at odds of 1/2 or greater. Get 5 x £5 free fixed odds bets + 2 x £5 free Total Goals spread bets + 50 free spins on Starburst. Each free spin is worth 10p and there are no wagering requirements. Free bets and spins must be claimed within 28 days of opening. Free bet/spin stake not included in any winnings. T&Cs Apply. begambleaware.org
18+. New Players Only. Place 5 x £10+ bets at odds above evens (2.00) to receive a £10 free bet within 48 hours of settlement. Place five further bets at odds above evens (2.00) to receive a free bet based on your average stake. Full Terms Apply. BeGambleAware.org.
Play Safe. 50% Back of First Day Sportsbook Losses up to £25 Or a Guaranteed £5 Free Bet when you Bet £10. UK Customers | Coupon code 'BET' | £5 Free Bet provided you place at least 1 bet of £10 or greater at minimum odds 2.00 | (18+) T&C apply | begambleaware.org | gamstop.co.uk | Play Responsibly

England and France, two of the more fancied teams ahead of the 2022 World Cup,...

There are all sorts of different casino bonuses available. However, probably the best of them...

If you are considering starting to play at one of the many online casino sites,...

There are many reasons as to why online casinos offer free spins these days. In...