Manchester UTD visit the current champions Chelsea this weekend for what is always an eagerly-awaited occasion. Who will claim the bragging rights at Stamford Bridge? This article contains our Chelsea vs Man UTD betting preview with predictions, betting tips, lineups, team news, best odds, bookmakers free bets and no deposit bonuses on the Super Sunday match!

Chelsea have already lost three league games this season and a fourth defeat would be a hammer blow to the reigning Premier League champions' hopes of defending their title. They are already 9 points shy of pace-setters Man City and Stamford Bridge has not been the fortress it was during their title-winning campaign last term, with the Blues having already lost to both Burnley and Manchester City. They defeated Bournemouth 1-0 in their last Premier League game which put them on a two match winning run on the back of consecutive away defeats. The Blues will be desperate to bounce back in a positive manner after suffering the defeat at Roma in midweek in a Champions League game which, if they had won, would have secured their place in the last 16.

Antonio Conte may consider switching to a 3-5-1-1 formation, with N'Golo Kantè likely to join Cesc Fabregas and Tiemoue Bakayoko in central midfield. That would mean Pedro dropping to the bench, leaving Eden Hazard operating in a No 10 role behind lone striker Alvaro Morata. César Azpilicueta picked up a knock against Roma and has since been left out. Should he miss, Davide Zappacosta is expected to replace him, since Vicotr Moses is still injured. 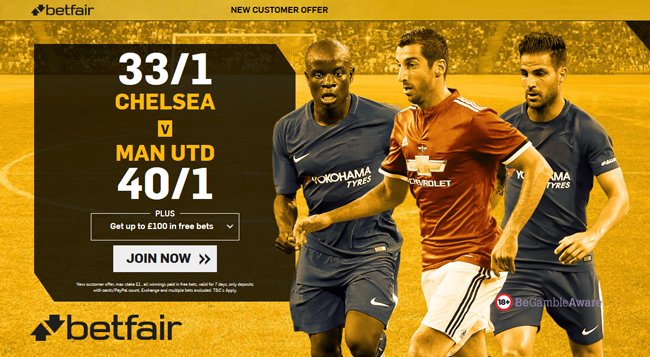 Manchester UTD have won their last three games on the bounce after a shocking defeat against Huddersfield a fortnight ago. The Red Devils have beaten Swansea 2-0 on the road and recorded a pivotal victory over Tottenham (1-0) at Old Trafford last weekend. They are City's closest challengers in Premier League but are still five points adrift coming into the weekend. In midweek, Josè Mourinho's men managed to beat 2-0 Benfica at home in Champions League amd they are on the the brink of qualification for the knockout stages. Under Jose Mourinho, Manchester United have lost five of their eight away Premier League games immediately after playing in Europe (W3), including their last three against Arsenal and Spurs in May and Huddersfield last month.

Jose Mourinho may stick with the 3-4-1-2 system against Chelsea. Phil Jones, Antonio Valencia and Ashley Young were rested in midweek so should keep their starting roles at the back, with the former joining Eric Bailly and Chris Smalling in the three man backline, and the other two playing as left and right back. Ander Herrera and Nemanja Matic are both expected to start in midfield while Henrikh Mkhitaryan should be tucked in behind the front duo of Marcus Rashford and Romelu Lukaku. The Red Devils will be without Paul Pogba and Marouane Fellaini, while Zlatan Ibrahimovic and Marcos Rojo are also sidelined.