Chelsea top the Premier League table with 28 points. The Blues have won the last 6 league matches, scoring 17 goals without conceding in the process. The 3-4-3  system appears to have the happy effect of making the Blues both solid at the back and potent up top. In terms of direct matches, they have not lost a league game at home to Tottenham since 1990. The Blues snatched every hope of Tottenham winning the Premier League title last year when they held the Spurs 2-2 at the Stamford Bridge.

Antonio Conte may name an unchanged side for the sixth consecutive match. John Terry is ruled out with a muscle problem, though Branislav Ivanovic will provide cover on the bench. Kurt Zouma and Marco van Ginkel are still both lacking match fitness for the hosts while John Obi Mikel is sidelined with a muscle injury. Diego Costa looks sure to start as central striker with Eden Hazard and Pedro Rodriguez on his flanks. 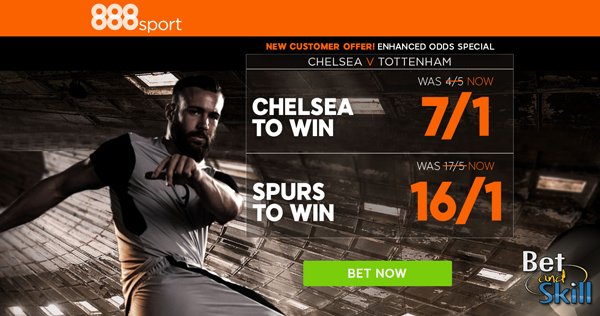 Tottenham are the only team to remain unbeaten in this year’s Premier League but they have won only one of their last nine competitive outings. Any positivity gained from Saturday's 3-2 victory over West Ham has completely evaporated as Spurs crashed out of the Champions League on Tuesday night after a 2-1 loss at the hands of Monaco. They sit 5th in the table and trail the league leaders by just four points.

The Lilywhites are without Toby Alderweireld and the suspended Danny Rose at the back, leaving Jan Vertonghen to cover leftback and a probable central defensive partnership of Eric Dier and Kevin Wimmer. In the middle of the park, Victor Wanyama should continue in a defensive midfield role, with Moussa Sissoko, Mousa Dembele, Dele Alli and Son Heung-min perhaps starting behind the lone striker Harry Kane. 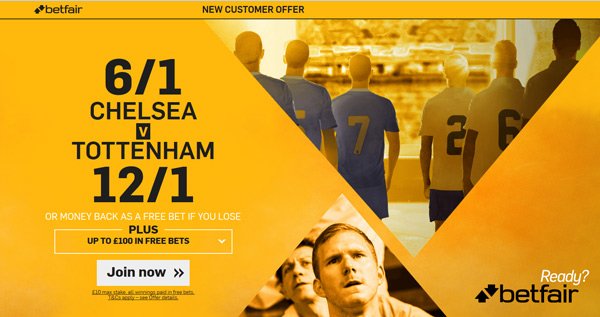