Chelsea enter this match on a good run of form, lying in 5th position after yesterday's results. They trail Man City by three points and Liverpool and Arsenal by 4 points, but the Blues and the Citizens have one gam in hand. Antonio Conte's men have won both of their last two matches since changing to a back three and that looks to have given the team a new lease of life. They were not involved in any European match this week and fresher legs could be a crucial factor.

Antonio Conte has confirmed that John Terry has overcome an ankle problem and is available. Willian missed their win over Leicester last weekend but the Brazilian is likely to play this match. Diego Costa and Eden Hazard will take the other two starting spots in attack. N’Golo Kante and Nemanja Matic should form the central midfield partnership once more, with Victor Moses and Marcos Alonso likely to start in the wing back positions. 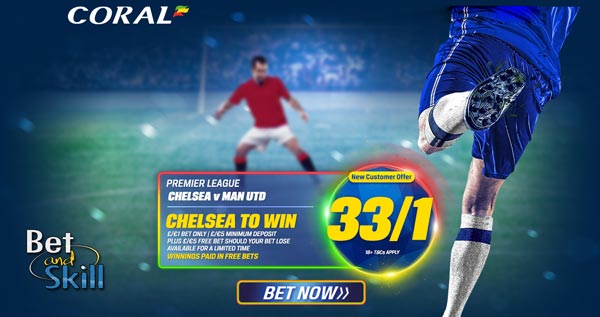 Man UTD currently sit two points and two positions behind CHelsea in the table standings. The Red Devils made a flying start with a three-match winning run, but their momentum was halted by a run of three straight losses in all competitions, including the Manchester Derby. Mourinho's men have bounced back since then though, going six games unbeaten. They recorded a goalless draw at Liverpool last weekend and enter this match on the back of a 4-1 rout of Fenerbahce in Europa League on Thursday.

Phil Jones is the only injury concern for Manchester United as Henrikh Mkhitaryan is back in training and fine to play, and Jose Mourinho may decide to stick with a similar starting XI to the one that lined up against Liverpool. Hence, Zlatan Ibrahimovic looks certain to return as the lone striker, with Marcus Rashford and Ashley Young perhaps keeping their starting spots out wide. Marounane Fellaini could also keep his place in the team, although Juan Mata also impressed in midweek. Wayne Rooney is expected to make the bench.