Chelsea have won seven of their last eight matches since an opening day defeat to Burnley (2-3) and sit third in the Premier League standings, 3 points shy of the two Manchester teams. Antonio Conte's men have been particularly impressive in thumping victories over the likes of Everton (2-0), Stoke City (4-0 away) and Qarabag (6-0) in the Champions League, but their best performance came few days ago at Atletico Madrid as they won 2-1 at the Wanda Metropolitano stadium. The did the double over City last year - 3-1 at the Etihad Stadium last December before triumphing 2-1 at home in April. Plus, Chelsea have won 10 of their last 12 Premier League matches - a record that stretches back to last April.

Antonio Conte will again be without the suspended David Luiz, so Gary Cahill is expected to earn a recall in central defence. Andreas Christensen should drop to the bench, then, with Cesar Azpilicueta and Antonio Rudiger expected to complete the three-man backline. The Italian manager will hope to call on Pedro after he missed the Atletico Madrid game. Eden Hazard should be handed a first league start of the campaign. Willian may be the one to miss out, while Tiemoue Bakayoko is favourite over Cesc Fabregas to partner N'Golo Kantè in midfield. Danny Drinkwater is sidelined until after the international break.

Manchester City is one of two teams still unbeaten in the Premier League. They have won their last seven games in all competitions and racked up no fewer than 26 goals over that period. They have amassed a total of 16 in their last three league matches, conceding none. Guardiola's men top the Premier League table with 16 points from 6 games and have won both their Champions League group stage matches so far - 4:0 at Feyenoord few weeks ago and 2-0 against Shakhtar Donetsk at home on Tuesday.

Sergio Aguero has reportedly fractured a rib after being involved in a car crash in Amsterdam and is expected to be out for two months. Benjamin Mendy will also miss the trip to Chelsea due to a knee injury, and could face a lengthy spell on the sidelines. As a result, Gabriel Jesus will play as central forward with Leroy Sane and Raheem Sterling on his flanks, while Danilo will start as left back in defense. First choice midfielders Fernandinho, David Silva and Kevin De Bruyne should all retain their berths in midfield while, in defense, Vincent Kompany remains a doubt with a calf problem. 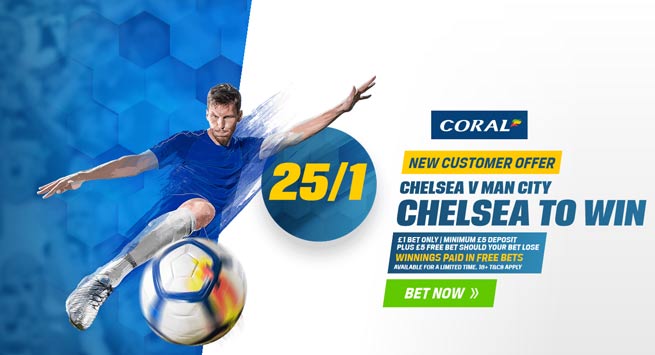 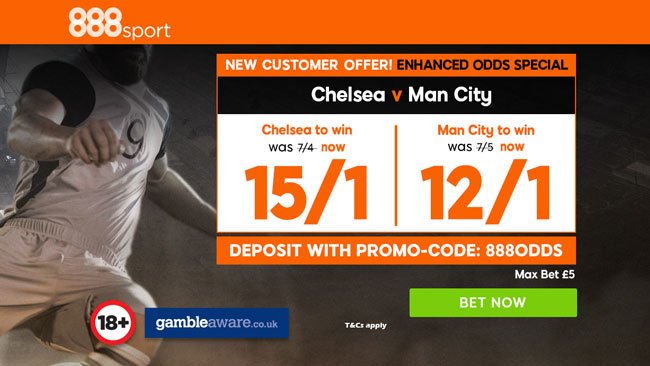