Chelsea have recovered well from a shock opening day defeat at home to Burnley, winning their last four matches in a row - including a pivotal London derby over Tottenham - and hammering Qarabag 6-0 in the Champions League earlier this week. Their winning streak also includes a 2-0 home victory against Everton and a 2-1 success at Leicester. The Blues have won their last five home games versus the Gunners, including a 6-0 thumping victory in the 2013/2014 season.

Antonio Conte will have to decide whether Eden Hazard is ready to start on not, with William ready to replace the Belgian should he miss out. Cesc Fabregas could also be used in a more advanced role, but he may miss out to Tiemoue Bakayoko in central midfield alongside N’Golo Kante. The Italian manager has also to decide whether to recall Victor Moses or give Davide Zappacosta another start. Gary Cahill is back from suspension and is set to replace Antonio Rudiger in central defence, with Cesar Azpilicueta and David Luiz while Danny Drinkwater is not expected to make his Chelsea debut until after the international break due to a calf injury.

Arsenal's start to the season has been a poor one by their standards. They have been far from convincing with losses to Liverpool and Stoke City blotting their record, before to ease the growing tension around the club with a 3-0 home win against struggling Bournemouth last weekend. The Gunners limped to an unconvincing 3-1 win over Cologne on Thursday and are yet to fully convince this season. By failing to qualify for the Champions League, the Gunners are now consigned to Thursday night Europa League action, meaning the Blues have had two more days to prepare for Sunday's London derby.

Alexis Sanchez is likely to challenge the in-form Danny Welbeck for his starting berth. Alternatively, Welbeck could move to the lone striker role to make way for Sanchez, with Lacazette dropping to the bench. In midfield, Francis Coquelin has been struck down with a hamstring injury and is unlikely to play, so Aaron Ramsey and Grnait Xhaka will feature from the off. At the back both Hector Bellerin and Sead Kolasinac should retain their starts in the wing-back roles, with the likes of Shkodran Mustafi, Nacho Monreal and Laurent Kocielny forming the three man defensive line. 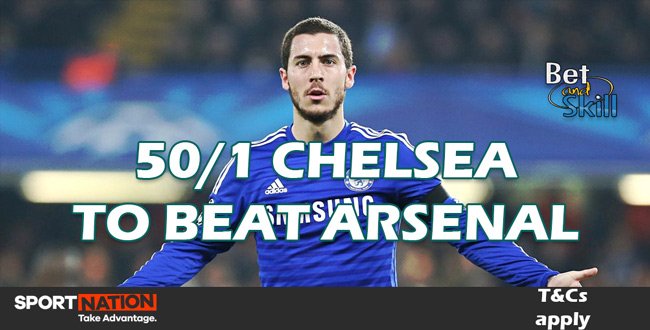