Barca's first game of the 2015/16 season was on Tuesday night as they faced and beat 2-1 Los Angeles Galaxy courtesy of Luis Suárez and Spanish midfielder Sergi Roberto goals. A good performance given that the MLS side is in the middle of their competitive season.

New Barcelona signings Arda Turan and Aleix Vidal are both in the 24-man squad while Messi, Neymar, Mascherano, Dani Alves and Claudio Bravo are still unavailable after they took part in the Copa America. Suarez is the only one of Barcelona's peerless forward, so Munir or Rafinha are likely to start the match. Young midfielder Sergi Samper will also be looking take his opportunity to shine. 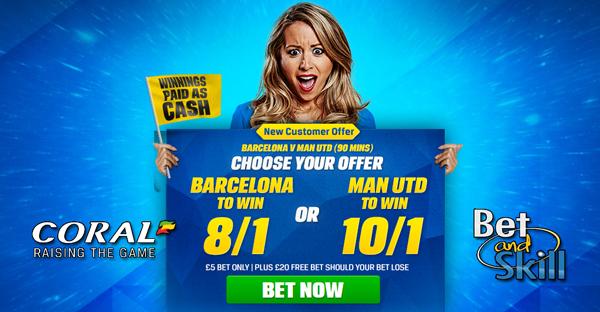 Manchester United beat Club America 1-0 in their opening International Champions Cup game. New signings Memphis Depay, Matteo Darmian and Schneiderlin all played in the first 45 minutes and the latter headed home a Juan Mata cross to score the only goal of the game while Depay got off the mark in United colours in the Red Devils' 2-1 win over the San Jose Earthquakes last Tuesday. After this match, Man UTD will play Paris Saint-Germain before returning to England to prepare for the new season.

Louis Van Gaal is expected to play with a 4-3-3 formation. Rooney, Depay and Mata could start up front. David de Gea and Antonio Valencia may return to the squad after minor injuries  but Lindegaard and Darmian will probably start in their place. Angel Di María the subject of intense speculation surrounding his future at the club and he will be not risked.

You can watch and bet on BARCELONA v MANCHESTER UTD live at bet365.com

3
SHARE IT WITH YOUR FRIENDS
Let your friends know about this article! Share it on your favourite social media!