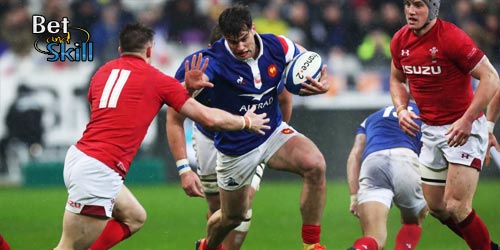 Wales welcome France to the Millennium Stadium on Friday with both teams unbeaten from their opening two matches of the 2016 Six Nations campaign. Find below our WALES v FRANCE betting preview, with free tips and predictions, lineups, team news, best odds, exclusive free bets and no deposit bonuses on the 6 Nations.

Wales came from behind to defeat Scotland 27-23 at home last time out but they got their Six Nations campaign underway with a 16-16 draw away against defending champions Ireland in Dublin when they had to claw back a 13-0 deficit. Because of the draw, the Dragons will see this as a crucial encounter to keep their 6-nations hopes alive. Without hitting full gear, Wales was still pretty impressive so far and they are sure to put on a superior performance in such a key match.

Winger Alex Cuthbert replaces Tom James in one of three Wales changes to the starting XV. Luke Charteris' injury means Bradley Davies will slot into the second-row, while there is a recall for experienced Dan Lydiate. Gatland also made a big call by dropping Justin Tipuric. Jonathan Davies has been passed fit to line up alongside Jamie Roberts in the Welsh midfield.

France have made a quite bright start to life under new chief Guy Noves and they will be high on confidence after they beat 10-9 Ireland in the last round of fixtures. Prior to that match, a Jules Plisson penalty saved their 23-21 win over Italy, a match they fully deserved to lose. It remains to be seen how France will perform away from home.

Winger Djibril Camara makes his debut in one of five changes for France. Scrum-half Maxime Machenaud is the only other change to the back division, while Antoine Burban, Paul Jedrasiak and Rabah Slimani come into the forward pack. Noves had hoped to bring New Zealand-born wing David Smith into their setup, but he then remembered he has played rugby sevens for the All Blacks, scuppering his chances of turning out in the Six Nations.

France and Wales last met at the Stade de France in week three last year with Warren Gatland's men running out 20-13 winners thanks to a try from Dan Biggar and 15 points from the boot of Leigh Halfpenny. The Dragons have won their last four Tests against France and they are unbeaten in their last six Six Nations games (W5 D1).