The world’s top golfers will tee it up at Augusta National Golf Club in Georgia on Thursday for a much anticipated US Masters 2016. Who will win the green jacket? This article contains our 2016 US Masters betting preview,with betting promotions, best odds, tips and free predictions on Winner, First Round Leader, To Miss The Cut, Top 5 Finish, Top 10 Finish, Top American, Top European golfers and much more!

JASON DAY has won his last two starts s and 6 of his last 13, including a hang-on win at Bay Hill and a dominant performance at the WGC-Dell Match Play.  At the Masters his results are 2nd in 2011, withdrawn in 2012, 3rd in 2013, 20th in 2014 and 28th in 2015. The latest news is that Jason Day’s US Masters preparations have been disrupted by the flu. He also struggled with back spasms thanks to a disc problem during his run to victory at the World Golf Championships Match Play

In his two professional Masters starts, JORDAN SPIETH has gone T-2 and WIN. Last year the American produced an exemplary performance and shattered a plethora of records on the way. He has gone winless ever since his victory at the Tournament of Champions in January and he may have recently lost his world number one ranking spot, but the defending champion is still a hard player to beat.

Two-time champion BUBBA WATSON's recent form is terrific – a second and a first place finish in his last two Tour stroke play events – and he leads the Tour in GIR percentage. He has done a mediocre job of defending a Masters title – a T50 and a T38 followed his two wins – suggesting he performs better when the pressure is off.

ADAM SCOTT has been the player of 2016 so far with his runner up finish in the Northern Trust Open followed by wins in the WGC Cadillac and the Honda Classic. But he’s fallen off quite a bit with a 12th-place finish at the Arnold Palmer Invitational and 28th-place finish at the WGC-Match Play.

PATRICK REED arrives at the year's first major on the back of two successive top 10 finishes, sandwiched by a last 32 appearance at the WGC Match Play. He finished a respectable tied 22nd on what was his second Masters appearance in 2015, he has enough length off the tee, accuracy from fairway, and magic on and around the greens to really compete.

HENRIK STENSON has a bad record at the Masters. He has one top-15 in the last five years. But, he went T-11 at Valspar and T-3 at Bay Hill in recent times.

RICKIE FOWLER has the right game for Augusta. He showed as much when fifth two years ago. Despite Fowler is yet to win a major, has won four events in the last calendar year (two PGA, two European), and has finished in the top five of all four majors. He’s been hot this season with five top 10 finishes, including three top fives, in his last seven tournaments.

PHIL MICKELSON has seen a resurgence in form this year with a string of top tens and going close to victory at the AT&T Pebble Beach Pro-Am. He currently sits 19th in The Fedex Cup standings and we can't rule him out for a fourth green jacket.

DUSTIN JOHNSON is getting better at Augusta National. Top-six finish last year. Top-15 twice in the last three years. He has top-15s in both WGC events this calendar year.

LOUIS OOSTHUIZEN had a great WGC Dell Matchplay two weeks ago, losing to Jason Day in the final. He certainly seems to have a game plan in Majors having won the 2010 Open, losing in a play-off to Bubba Watson in the 2012 Masters and runner-up in both the US Open and The Open last year.

In his second Masters appearance HIDEKI MATSUYAMA ended with a superb fourth-round 66 to finish 5th. Winner in Phoenix and T6 with Arnie in Orlando suggests Hideki will have a good week.

Former winner of course in 2011, CHARL SCHWARTZEL has been in superb form and these odds are just too long for him. Won the Valspar Championship a few weeks ago and also has two wins on the European Tour this season.

MATT KUCHAR is another with a good record here. He was well down the field 12 months ago but 2015 was a pretty poor year for him. In the three years prior to that his finishes were 3rd, 8th and 5th. He enters the tournament on the back of top 15 finishes in the Sony Open, the Northern Trust Open and the Valspar Championship.

IAN POULTER battled his way to be third in the Puerto Rico Open as he tries to rescue his career.

Looking for long-shots? MARC LEISHMAN was T5 and T2 at the last two Open Championships. Winner of the Nedbank this season and has a game based on hitting greens in regulation.

RAFAEL CABRERA BELLO has been in excellent form on both tours this year and is one of the most consistent players around. He had a great finish to The Shell Houston Open last week finishing with rounds of 68 and 65 at the weekend.

BERND WIESBERGER played last season and finished in a decent tie for 22nd. Has been one of the most consistent performers on the European Tour this year.

US MASTERS 2016 OTHER RECOMMENDED BETS 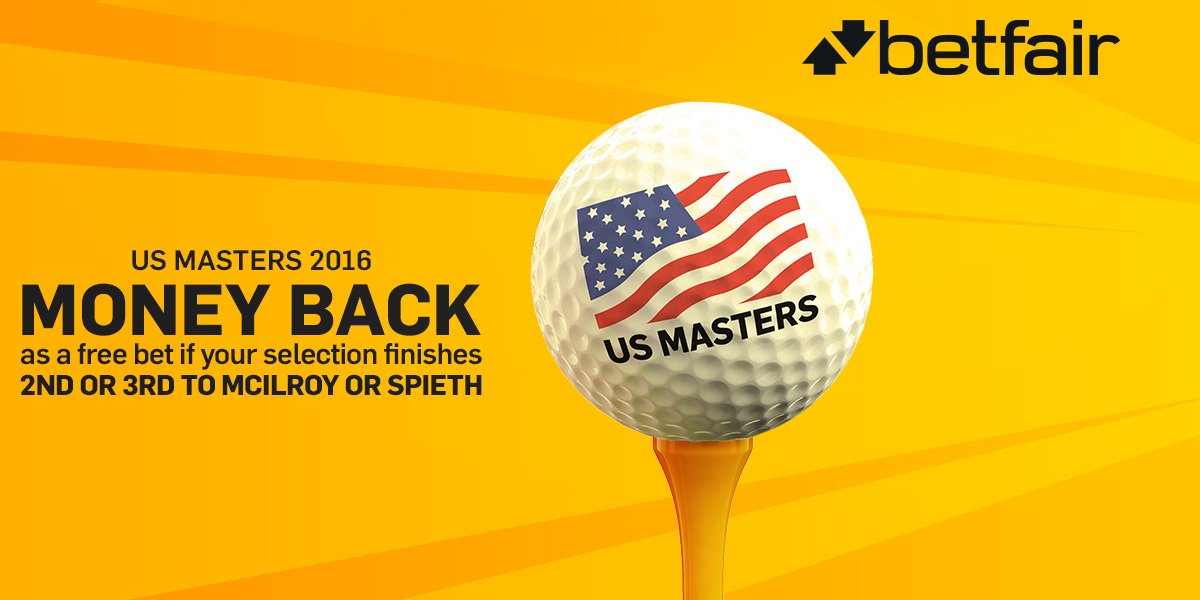 US MASTERS 2016 FREE BETS AND PROMOTIONS

Enhanced odds: 25/1 Day, McIlroy or Spieth to win the tournament!

Get 3/1 Jason Day or 3/1 Jordan Spieth or 3/1 Rory McIlroy to make the cut the tournament!

12/1 ANY of Jordan Spieth, Rory McIlroy or Jason Day to win The Masters

Money back if 2nd to McIlroy or Spieth! 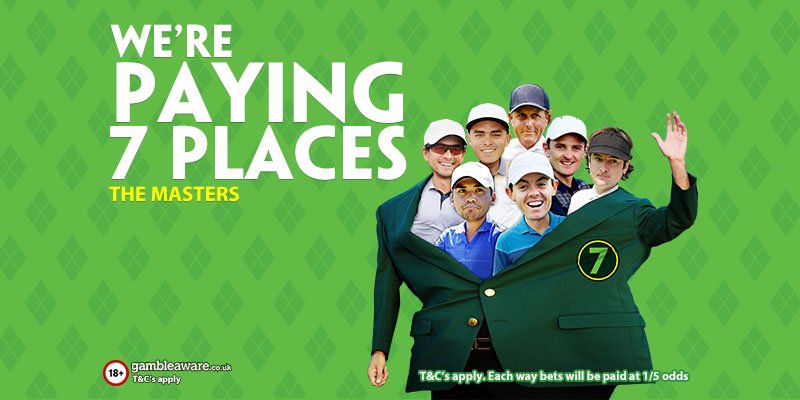 Golf betting promotions: all the US Masters bookmaker offers