The Open Championship 2016 will be hosted at Royal Troon, located up in the Scottish Highlands of South Ayrshire. Who will emerge victorious and lift the famous Claret Jug? This article contains our 2016 Open Championship betting preview,with betting promotions, best odds, tips and free predictions on Winner, First Round Leader, To Miss The Cut, Top 5 Finish, Top 10 Finish, Top American, Top European golfers and much more!

Exclusive no deposit free bet! £5 free with no deposit required for all UK Customers!

With a US Open win followed up a week later with a WGC win and moving to 2nd in the World Rankings, it’s safe to say that Dustin Johnson is the clear favorite this year. DJ also has some history at the Open Championship, finishing runner-up in 2011 and nabbing a T9 in 2012.

Jordan Spieth finished 4th or better in six of his last 10 majors and five of his last six. He was unimpressive at the U.S. Open but went T3 at WGC-Bridgestone two weeks ago.

Rory McIlroy has two top-5 finishes in the Open Championship including a victory at Royal Liverpool back in 2014. He’s also one of the hottest golfers on Tour right now, notching five top-5 finishes in his last nine starts.

Adam Scott has been playing some excellent golf of late, finishing in the top-20 in four of his last five starts. The Australian has had some success in this tournament in the past as well, notching top-10s in each of his last four British Open starts.

Martin Kaymer has been seventh and 12th in previous Opens and arrives in great form while Branden Grace hasplenty of links experience but he has yet to really contend at The Open. Anyway, he is having a great year with wins in Qatar and Harbour Town and a T5 at the US Open. T29 in Scotland last week.

Chris Wood's career has really taken off this year, with his second European Tour title coming via the flagship event at Wentworth, and he's continued to play good golf, including at the US Open where he finished inside the top 25.

Matt Kuchar has finished T3, 3, T6, T4, T46, T3 in his last six events. Kuchar had a mediocre T46 at the U.S. Open, which came prior to the Bridgestone Invitational, but his overall body of work of late is impressive enough to catch our attention.

Henrik Stenson won the BMW International Open just a fortnight ago, the tenth European Tour triumph of his career while Sergio Garcia  has had a strong 2016 campaign, making the cut in 10 of his 11 appearances. He also has one win — the AT&T Byron Nelson — and he finished in a tie for fifth at the U.S. Open.

Louis Oosthuizen is fresh off a decent T21 finish at the WGC-Bridgestone Invitational, which succeeded his T3 placing at the CVS Healthy Charity Classic and a T23 at the U.S. Open. He has also won the tournament back in 2010.

Charl Schwartzel extended his streak of T25 finishes or better to four tournaments with a T7 at the recently concluded WGC-Bridgestone Invitational. This run also includes his solid T11 finish at the Memorial Tournament.

Graeme McDowell rediscovered something like his best form last time out and has won in windy conditions on the PGA Tour this season. He has two top-10 finishes in his last four Open starts and Troon looks an ideal fit for his game.

Zach Johnson is the defending champion here after triumphing last year at a similarly gusty St Andrew. He hasn’t missed an Open cut since 2006.

Marc Leishman has finished in the top five at the last two British Opens. The links style courses fit his eye and he knows how to handle bad weather.

Scott Piercy has finished runner-up at the last two events, a major and a World Golf Championship while Ernie Els finished fifth in his final PGA Tour event before his trip to Royal Troon, and he’s a two-time British Open champion and won the event in 2012.

THE OPEN CHAMPIONSHIP 2016 OTHER RECOMMENDED BETS 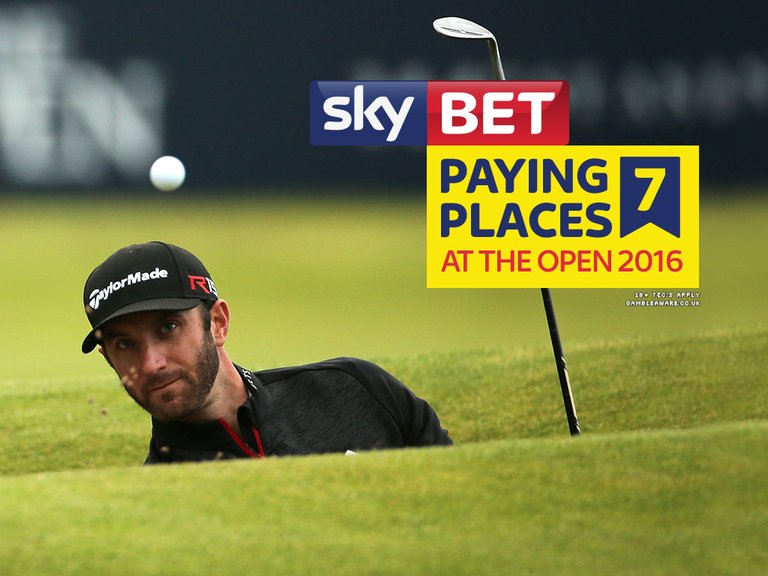