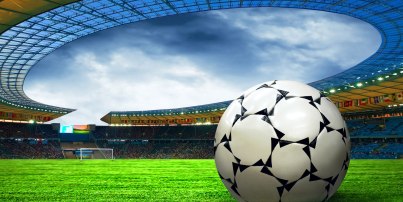 Germany and Spain face off in what promises to be a gripping International Friendly at the Estadio Municipal de Balaídos on Tuesday evening! Check out below our SPAIN v GERMANY match preview with betting tips, predictions, best odds, probable line-ups, promotions and no deposit bonuses!

Spain have been beaten by France and Slovakia since their return from a disappointing World Cup campaign, but Del Bosque's men have picked up convincing victories in their last two Euro 2016 qualifiers against Luxembourg and Belarus. Furthermore, they opened their Euro 2016 Group C qualifying account with a 5-1 win over Macedonia.

Germany have easily win their Euro 2016 qualifier against Gibraltar a couple of days agobut their previous two outings have seen them beaten by Poland and held at home by Ireland. They are joint second place in Group D with Ireland and Scotland but three points adrift of Poland. Prior to those two matches, the World Champions recorded a 4-2 home defeat against Argentina and a narrow 2-1 success over Scotland in Dortmund in their opener in September.

Joachim Löw has a limited squad available to him as some players have withdrawn for the friendly with Spain. Goalkeeper Neuer and stopper Boateng are out of the team, Shkodran Mustafi and Sami Khedira are doubts while Kevin Volland and Antonio Rudiger will likely start. Andre Schurrle and Christoph Kramer are the other casualties.

The two sides have met 21 times, with Germany winning eight and Spain seven. Spain have beaten Germany in their last three meetings, defeating them 1-0 in the Euro 2008 final and then by the same scoreline in the semi-finals of the 2010 World Cup.

The NFL season continues this weekend and we have selected the best tips and predictions...

Up For 8 is the new football predictor game at 888sport. Players are required to...

Ladbrokes £/€1 Free Bet No Deposit On Any Sport

There’s sensational sport every hours this weekend, and to celebrate, Ladbrokes are offering you a...