Leicester City will attempt to salvage their disappointing season when they take on Sevilla in the Champions League at the Sanchez Pizjuan stadium. Can the Foxes put their domestic misery to one side on Wednesday night? Read here our Sevilla v Leicester betting preview with predictions, betting tips, starting line-ups, team news, highest odds, bookie offers and no deposit free bets on the Champions League.

Sevilla FC sit third in La Liga despite they lost Kévin Gameiro, Grzegorz Krychowiak and eleven other players before the start of this season, plus manager Unay Emery. They trail Real Madrid by 3 point, but Los Blancos have 2 games in hand. The Andalusians are unbeaten in each of their last seven home matches and have only lost to Barcelona and Juventus on their own turf this season.

Defender Nicolas Pareja is suffering from a groin injury and is likely to miss out and Clement Lenglet is ready to deputise in his absence. The Argentinian has joined Michael Krohn-Dehli and Benoit Tremoulinas on the sidelines. January signing Stevan Jovetic has added some spark to the attack in recent weeks and he is expected to lead the line. The likes of Franco Vazquez, Vitolo and Samir Nasri are likely to start as offensive midfielders behind the former Inter Milan striker.

Leicester are in a rut domestically. A run of five straight defeats without scoring a single goal has left Leicester just one place and one point above the relegation zone in the Premier League. Furthermore, they were dumped out of the FA Cup by the 10 men of League One outfit Millwall last weekend. As opposed to their poor league form, the Foxes topped their group in Champions League ahead of FC Porto, despite losing the last match 5-0 at the hands of the Portuguese team.

Club’s record signing Islam Slimani missed Saturday’s loss in FA Cup and could also miss this tie. Leonardo Ulloa also is a major doubt. Jamie Vardy looks sure to start up front with Ahmed Musa or Sliman as his partner. Wilfred Ndidi and Danny Drinkwater will start in the middle of the park, with Marc Albrighton and Riyad Mahrez out wide. No changes are expected in defense as Danny Simpson, Wes Morgan, Robert Huth and Christian Fuchs are likely to form the four man backline. 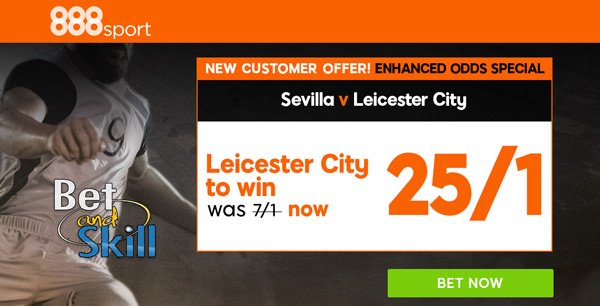