Hoffenheim, who have never played in European competition before this match, recorded their best ever finish in the Bundesliga last season, finishing 4th and they remaining unbeaten on home soil all term. Last season, we saw Nagelsmann’s tactical know-how torment Bayern Munich at this same venue and ended up with a priceless 2-0 win in their bags. The loss of Niklas Süle and Sebastian Rudy over the summer has weakened the team. Germany’s domestic season is not in full flow yet, with Hoffenheim’s 1-0 win in the DFB Pokal being their first competitive match since last season at the weekend.

The German outfit has no injury concerns, leaving new signings Havard Nordveit, Nico Schulz and Justin Hoogma free to play while Serge Gnabry may not be ready to start after he was given an extended break for his part in the European U21 Championships this summer. Up front, former Leicester striker Andrej Kramaric will partner German international Sandro Wagner. Nadiem Amiri, who scored the decisive goal in their sole official match so far, will feature from the off in midfield. 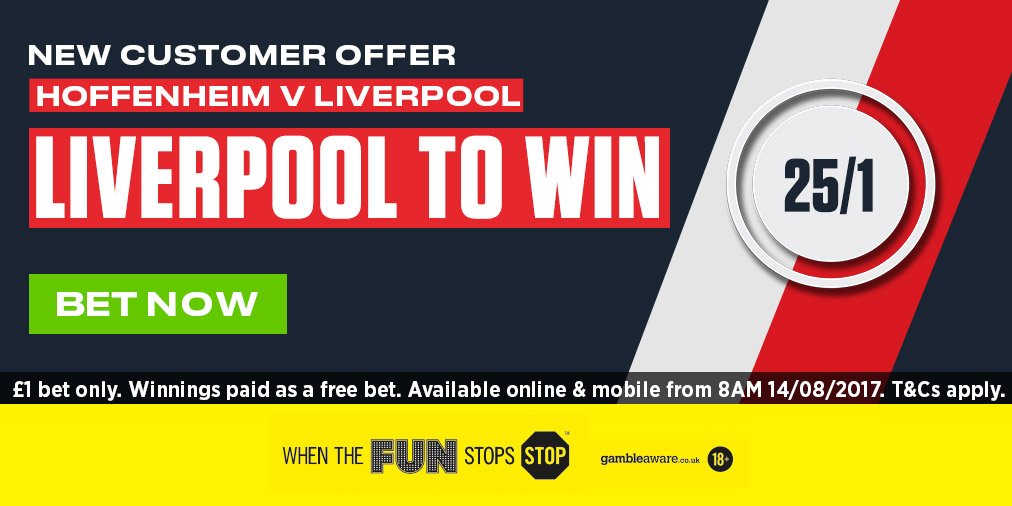 Liverpool's Premier League opening match proved to be a mixed bag of positives and negatives as they were forced to settle for a 3-3 draw at Watford. The Reds conceding a late equaliser to Miguel Britos from a set piece, felling foul to their Achilles heel once again. Jurgen Klopp will be desperate to get someone of Virgil van Dijk's stature through the door before the end of August as the defense remain the biggest concern this season too. Anyway, the Reds have enjoyed a decent pre-season, winning the Premier League Asia Trophy and overcoming German giants Bayern Munich in the Audi Cup also.

Philippe Coutinho has been left out of Liverpool's squad that will travel to Germany as the Brazilian is still being sought after by Barcelona. The only change in the starting lineup could see James Milner replacing Alberto Moreno as left back, meaning that Sadio Mane, Roberto Firmino and Mo Salh will lead the line with Emre Can, Jordan Henderson and Georgino Wijnaldum in the middle of the park. The likes of Andrew Robertson and Divock Origi will likely have to make do with a place on the substitutes' bench. Daniel Sturridge also misses out, while Adam Lallana, Nathaniel Clyne and Danny Ings are also sidelined.