France host Romania in the Euro 2016 opening match at the Stade de France in Paris on Friday night. A comfortable win for the hosts? Don't miss our FRANCE v ROMANIA betting preview with predictions, expert tips, highest odds, expected lineups, bookie free bets and no deposit bonuses on this game.

France have not played a competitive game of football in almost two years since exiting the Brazil World Cup at the quarter-final stage against Germany. Didier Deschamps' men have won 14 and lost just four of 20 matches since exiting the Brazil World Cup. They have won the last 4 matches, beating Netherlands 3-2, Russia 4-2, Cameroon 3-2 and finally Scotland 3-0. Les Bleus are yet to taste defeat in 2016

Antoine Griezmann looks sure to start while Olivier Giroud could lead the line in the absence of Karim Benzema. West Ham star Dimitri Payet can also expect to feature after scoring a free-kick in the Cameroon win. Adil Rami is expected to partner Laurent Koscielny at the heart of the defence, though Eliaquim Mangala is an option. N'Golo Kantè, Paul Pobga and Blaise Matuidi are likely to start in the midfield trio.

Romania secured automatic qualification with a hugely impressive W5-D5 record in Group F, finish runner up to Northern Ireland and only conceded two goals in the process whilst finding the net themselves 11 times. They ended their preparations for Euro 2016 on a high-note, hammering 5-1 Georgia in Bucharest, and only lost one of 5 international friendlies in the lead up to the Euros - 3-4 against Ukraine. That was their sole defeat in the last 20 fixtures in all competitions. Furthermore, they did grind out a 0-0 draw with defending European champions Spain in that run.

Cristian Sapunaru is expected to gain a starting spot ahead of Alexandru Matel at right-back. Vlad Chiriches, Dragos Grigore and Razvan Rat will complete the defense. Nicolae Stanciu, who has been on target in each of the last four matches that his side have found the net, will support the lone striker Florin Andone up front. Adrian Popa looks set to start on the right flank in a 4-2-3-1 formation, though faces competition from Gabriel Torje. 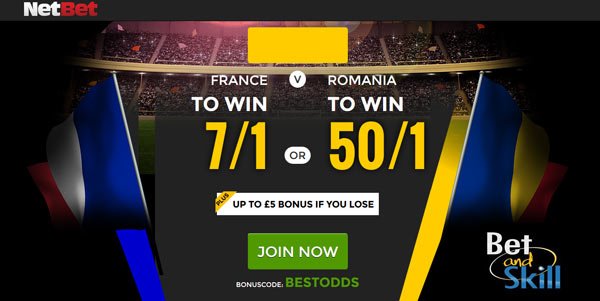