Eubank Jr and O’Sullivan have Identical TKO records with obvious punch power, speed and ability, with only one loss a piece.

Since his defeat to Billy Joe Saunders in November last year, Eubank Jr. has managed to capture the interim WBA title, beating former champion Dmitry Chudinov (16-1-2 10KO’s). A 21st career win would move him a step closer to a shot at the man who currently holds the full title, American Daniel Jacobs.

Eubank Jr a very good fighter - strong with a great chin like his father. Out of his 20 victories, only five have gone the distance giving the English fighter an impressive knockout percentage of 75%.

Gary O’Sullivan too has one loss to Billy Joe Saunders (22-0 12KO’s), again over 12 rounds back in July 2013. He was never in the fight, and was constantly out-boxed and beaten to the punch, losing every single round on 2 of the 3 judges’ card. Anyway he has won his last five fights in three rounds or less

The Irishman  cannot hope to win by outboxing his rival, but his 15 knockout victories to date suggest he has the power to pose the odd problem, provided he can land enough shots. 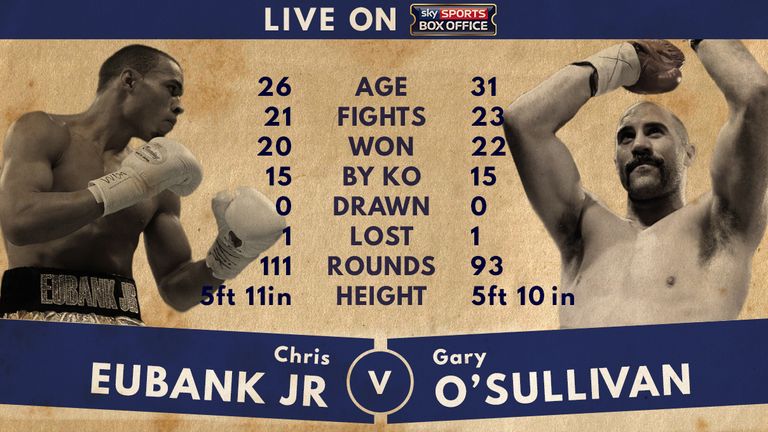