Chelsea are 10 points clear at the Premier League summit and in line for a domestic double. The Blues had more time to prepare for the fixture - a full week, after making a short trip across London to beat West Ham 2-1 in the Premier League's Monday-night game. The Londoners have gone 10 games unbeaten in all competitions since losing a capital-city derby to Tottenham in their opening outing of 2017 and only failing to win against Liverpool and Burnley. In the previous rounds of the FA Cup, Peterborough, Brentford and Wolves were beaten by a cumulative 10-1 scoreline.

Antonio Conte is expected to name a strong team. The league leaders have no fresh injury concerns. Sentimentality will play no part, either, so skipper John Terry is expected to miss out on what could well be his final cup tie at Stamford Bridge as a Chelsea player as the likes of David Luiz, Cesar Azpilicueta and Gary Cahill will retain their berth in the three man backiline. Cesc Fabregas and Nemanja Matic are in contention for a starting spot in midfield, as wel as Pedro and Willian upfront. Asmir Begovic is likely to start between the posts. 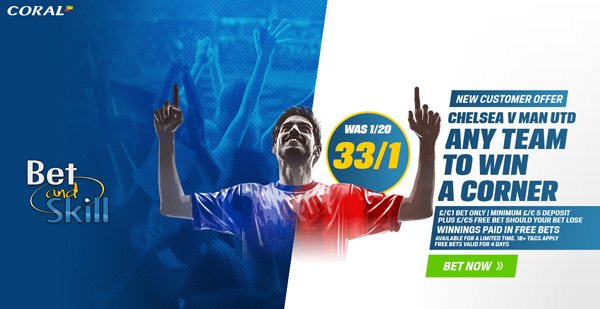 Man UTD enter this clash on the back of Thursday's 1-1 draw with FC Rostov in the Europa League. They have lifted the season's first silverware when beating Southampton in the EFL Cup Final and remain fighting on three fronts. A top-four finish  in Premier League is still within touching distance as they trail Liverpool by three points but their frustrations continued last weekend with a 1-1 stalemate against strugglers Bournemouth last weekend. Plus, the Red Devils have one win from six games with the big clubs this season. They will be keen to avenge the 4-0 thrashing he Blues inflicted on them in October.

Jose Mourinho must decide whether to make wholesale changes after United's Europa League exertions in Russia. Zlatan Ibrahimovic is out as he starts his three-game ban, following the FA's decision to punish him for violent conduct for an altercation with Bournemouth's Tyrone Mings. The Swede is expected to be replaced up front by Marcus Rashford. Henrikh Mkhitaryan is still not 100% fit and this could give captain Wayne Rooney some game time. Elsewhere, Eric Bailly is back after sitting out the midweek tie through a suspension of his own, while Luke Shaw will likely return to the squad. 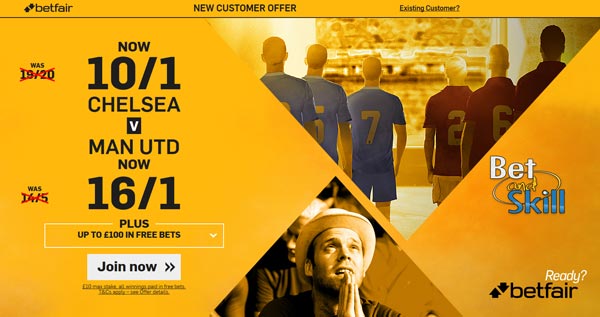 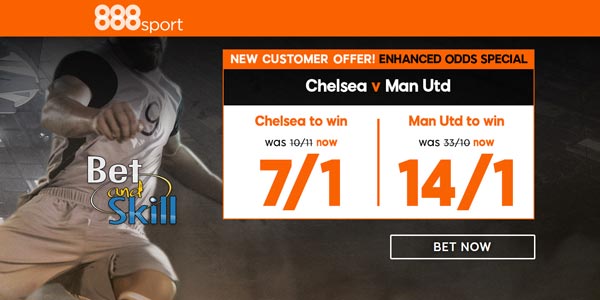 You can watch and bet on CHELSEA v MANCHESTER UTD live at bet365.com