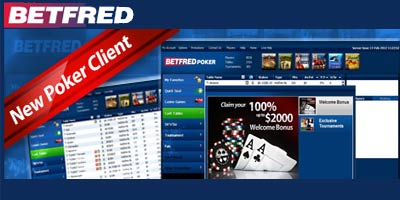 The first change to the poker lobby is a new facelift and we think it's looking better than ever! Betfred have also introduced some brand new features that are sure to improve players' online poker experience. Find details here.

New feature to the lobby:

Everything now looks cleaner, slicker and more visually appealing. If players are looking for cash games, Sit n' Go tournaments or even account information - they will have what they want in a flash!

New Points Accumulation - Starting 1st of MarchThe second change is to make the points system more streamlined for your players, this will lead to a better understanding of their benefits and rewards. From March 1st players will be awarded as follows for 1 unit of currency:

New Loyalty Plan - Starting 1st of AprilThe third change to Betfred Poker is a new loyalty plan, their aim is to drastically improve and enhance the rewards. On April 1st they have launched the Betfred Award Point, this will be implemented alongside the new loyalty plan. It will work in a way that the players will be credited bonuses as they play, the more they play, the more they earn! When Betfred new loyalty plan is introduced it will be much more straightforward to cash in the points for a variety of different bonuses and awards.

FIND US ON
SHARE IT WITH YOUR FRIENDS
Let your friends know about this article! Share it on your favourite social media!

Please tell us what you think about
"Betfred Poker launches new lobby: a lot of new features and promotions"

eSports is continuosly growing in popularity, expecially during the lockdown era, with more people betting...

Thirsk is available today for betting. Are you looking for the best expert advices for...