Barcelona pulled off a mission impossible to get past PSG in the Champions League after they lost 4-0 the first leg in Paris. This time they will take on a far more disciplined and organised defence at Camp Nou and overturning the 3-0 deficit will be harder than ever. The Italian club have conceded only two goals in nine Champions League matches this season. Anyway, the Blaugrana are averaging 4.5 goals per game over their last six home games in all competitions and have the best attack of the world. Domestically, they remain 3 points shy of Real Madrid, who also have a game in hand. The Blaugrana warmed up for this game beating at home Real Sociedad 3-2 at the weekend.

Luis Enrique may revert to the same 3-4-3 team that started their historical win over PSG. Sergio Busquets returns for this one after serving a one game suspension while Arda Turan looks likely to be available after overcoming an adductor issue. Centre-back Javier Mascherano is the hosts' only major doubt for Wednesday due to a calf injury. If Mascherano is deemed unfit, Samuel Umtiti will partner Gerard Pique in central defence. Aleix Vidal and Rafinha both remain on the sidelines. 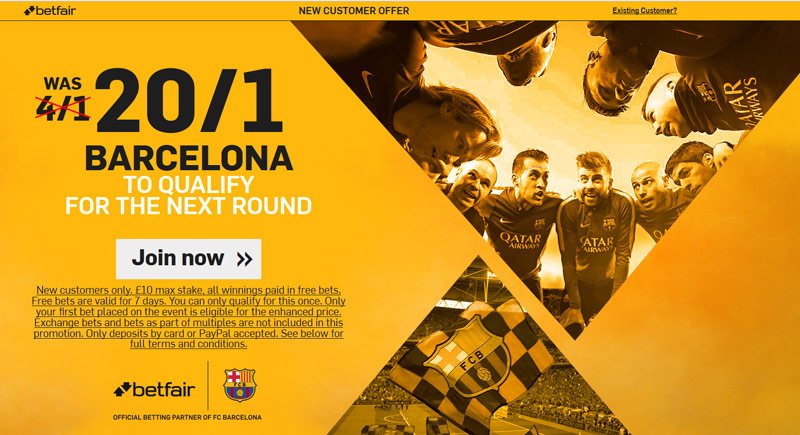 Juventus completely outgunned Barcelona in the first leg in Turin last week, winning 3-0 courtesy of Paulo Dybala's brace and a header scored by Giorgio Chiellini. The Bianconeri are unbeaten in this season’s Champions League with 7 wins and 2 draws from their 9 games  so far. They kept 7 clean sheets during the process, more than other club in the competition. An away goal for the Italians would almost certainly mean qualification to the semi-finals. Domestically, the Italian champions eased past Pescara 2-0 at the weekend and extended their lead at the top of the table to 8 points over 2nd placed Roma with six rounds of matches remaining.

Paulo Dybala will regularly feature from the off despite suffering an injury in Saturday's league match. No major changes are expected from the side that beat Barcelona 3-0 in the first leg, meaning that Higuain will spearhead the attack, with Dybala, Mario Mandzukic and Juan Cuadrado behind him. Sami Khedira and Miralem Pjanic will play in the middle of the park, while the likes of Alex Sandro, Giorgio Chiellini, Leandro Bonucci and Dani Alves. The only absentee is Marko Pjaca.