Seahawks v Patriots is a rare sight – the AFC’s No. 1 against the NFC’s No. 1! So Super Bowl 49 is looking like it will have the most competitive betting line ever in the history. Who will win? Seattle Seahawks or New England Patriots? Read below our Super Bowl XLIX betting preview, with tips, predictions, best odds, free bets and no deposit bonuses.

SUPERBOWL - SEATTLE SEAHAWKS v NEW ENGLAND PATRIOTS BETTING PREVIEW  In the last match, the NFC title game, the Seahawks came from behind, miraculously, to beat Green Bay Packers 28-22 in overtime. Durign the season, they suffered through the inevitable Super Bowl hangover, starting 3-3 before winning 11 of 12 games to reach the big game.

The Seahawks were the league’s best rushing team during the regular season, averaging 5.3 yards per carry, and feature two of the most dangerous runners in the NFL: quarterback Russell Wilson and running back Marshawn Lynch. The are no injury worries for Seattle as Earl Thomas is the only questionable player. 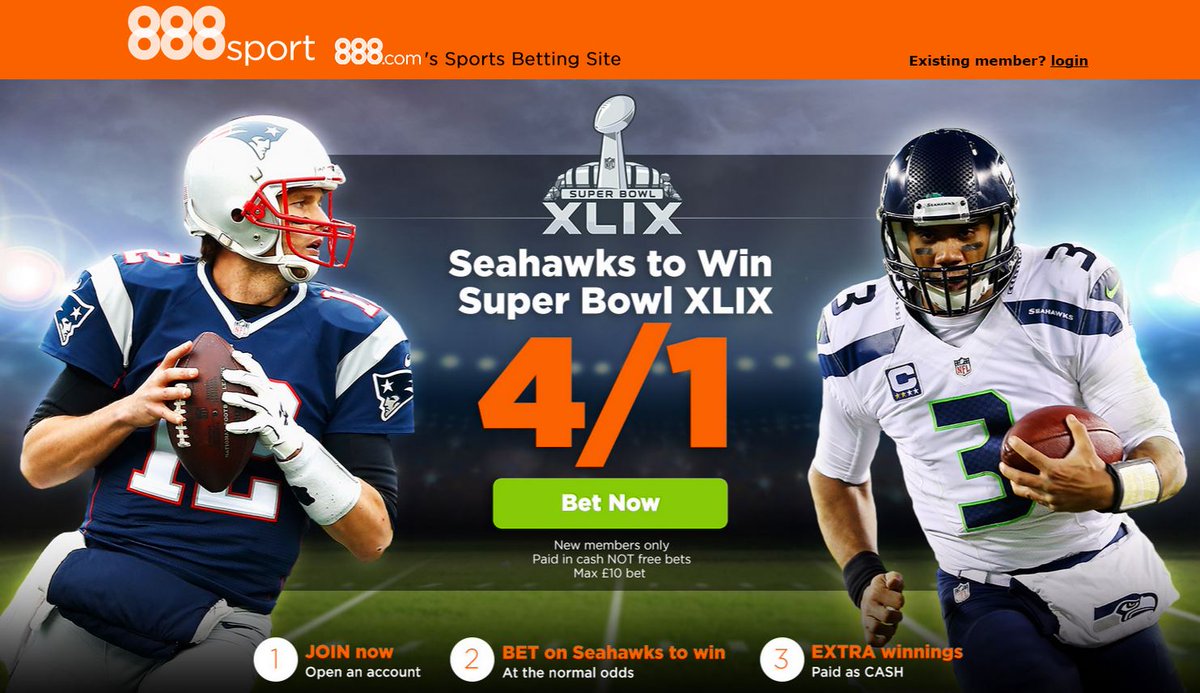 The Patriots had no problems in easily dismantling the Indianapolis Colts, 45-7, but they struggled against Baltimore the previous week, winning 35-31. Their road to the Super Bowl wasn't easy. They were just 2-2 after a Week 4 loss to the Kansas City Chiefs, before reeling off 12 wins in their last 14 games.

New England will likely lean heavily on LaGarrette Blount, who rushed for 148 yards on 30 carries in the AFC championship game against the Indianapolis Colts. Quarterback Tom Brady has been on fire in the postseason, throwing six touchdowns and rushing for another in two appearances. Brandon Browner, Dont'a Hightower, Chris Jones, Brandon LaFell, Sealver Siliga and Bryan Stork are all questionable.

In the last direct match between these two teams, back in October, the Seahawks prevailed in a 24-23 comeback victory against the Patriots. Seattle are 19-7-1 ATS in their past 27 against a team with a winning record. Seahawks are 17th team to reach Super Bowl after having No. 1 scoring defense in regular season. Previous 16 matches were 13-3. 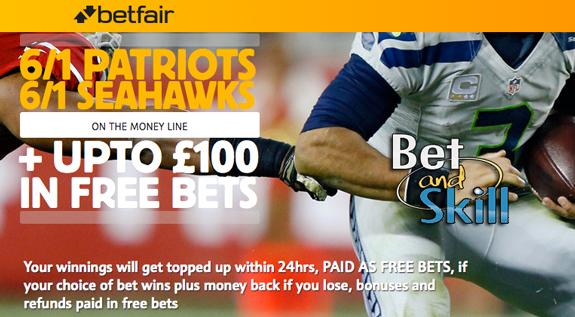 Enhanced odds: get 5/1 on either team to win (risk-free)!