Rafael Benitez makes his home debut in blockbuster fashion as Newcastle host Sunderland in a much anticipated Tyne-Wear derby on Sunday. Who will win at St.James' Park? This article contains our NEWCASTLE v SUNDERLAND betting preview with free predictions and expert tips, probable lineups, enhanced odds, special bonuses & no deposit free bets on the Tyne-Wear Derby!

Newcastle sit second-from-bottom in the table following Monday night’s defeat to league leaders Leicester. There were positive signs from the players that had just three days to work with Rafa Benitez after he was appointed as successor to Steve McClaren. The Magpies have won just two of their last 13 league fixtures, losing nine, and they have won only five of their last 15 such matches on home soil.

Recently appointed manager Rafa Benitez takes charge of his first home game with no fewer than 11 players out due to injury. Captain Fabricio Coloccini will be assessed ahead of the game while Chancel Mbemba is expected to be fit after returning for training. The former Real Madrid manager may stick with Vurnon Anita alongside Jonjo Shelvey at the base of midfield in the 4-2-3-1 formation, with Cheick Tiote or Moussa Sissoko other options in the middle of the park. Aleksandar Mitrovic looks the favourite to lead the attack even if Seydou Doumbia, Emmanuel Riviere, Siem de Jong and fit-again Papiss Cisse are all pushing for a start. 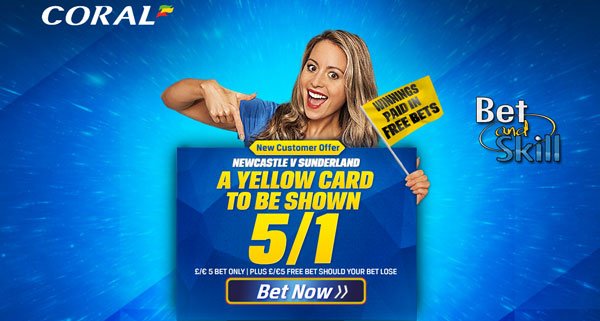 Sunderland have only recorded one victory in their last eight league fixtures. Anyway, the Black Cats have lost just one of their last five league games and will be keen to avoid defeat here. They are only out of the bottom three because of a better goal difference than Norwich City and they need to pick up some victories if they are to ensure their safety by May.

New Emmanuel Eboue and Duncan Watmore are expected to be the only absentees for Sam Allardyce as Wahbi Khazri and Lee Cattermole are both available ahead of the crucial trip. Jermain Defoe could return to the starting lineup while Jeremain Lens is also in contention for a return. Fabio Borini provides an alternative both out wide and in attack.

The Black Cats romped to a 3-0 win when these two teams met at the Stadium of Light last October, extend their winning run in the derby to six games, while they are now unbeaten in their last eight games against the Magpies. The last time these two clubs met was in October last year at the Stadium of Light, where Sunderland won 3-0 following goals from Billy Jones, Steven Fletcher and Adam Johnson.