Manchester UTD come into this match after an impressive 3-1 victory over Barcelona in the last fixture. Wayne Rooney, Jesse Lingard and Adnan Januzaj were on the scoresheet for the Red Devils.  Prior to that match Van Gaal's men opened their pre-season with a 1-0 win over Club America, before Memphis Depay hit his first goal for the club in a 3-1 victory over MLS outfit San Jose Earthquakes four days later. After a such positive summer tour, there are plenty of reasons for supporters to be optimistic ahead of the new season.

New signings Memphis Depay, Bastian Schweinsteiger, Morgan Schneiderlin and Matteo Darmian are all expected to play, while goalkeeper Romero will not take part. Reports have linked Angel Di Maria to a move to Parc des Princes, so the former Real Madrid winger will not be risked. 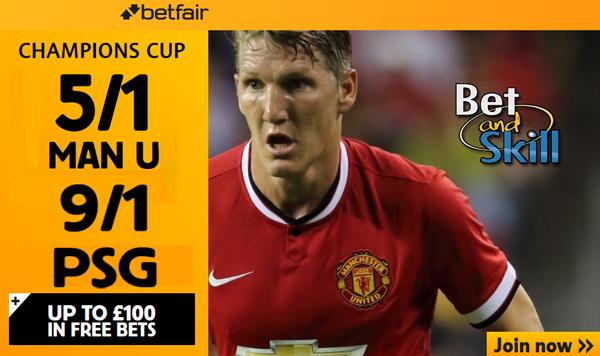 PSG own a winning 2-1 record in the preseason after dropping Fiorentina, 4-2, and Benfica, 3-2. Anyway, Blanc's men lose to Chelsea on penalties in their last ICC fixture after the game ended in a 1-1 draw at full time.  The French titans are expected to rule Ligue 1 once again this year and will be a serious contender for Champions League too.

The likes of Zlatan Ibrahimovic and Lucas Moura will start in attack while Edinson Cavani and youngster Augstin are in contention to earn the third starting berth. Thiago Silva and Salvatore Sirigu are both expected to return to the XI after starting the Chelsea game on the bench, while Adrien Rabiot is also been tipped to start.

Money back at Betbright if it's a draw!

You can watch and bet on MANCHESTER UTD v PSG live at bet365.com