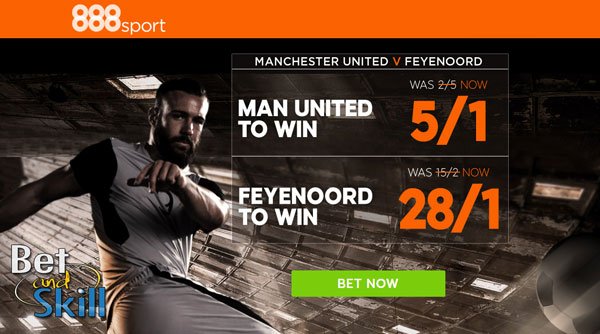 Manchester United missed out on three points at Old Trafford on Saturday when Arsenal’s only shot on target found it’s way into the net late on to level the scores. The Red Devils are now 6th in the Premier League standings. In Europa League, Man UTD have taken 6 points from their first four group games and that has left them third in the table heading into the penultimate round of group fixtures, a point behind Fenerbahce and Feyenoord.

Jose Mourinho has confirmed Henrikh Mkhitaryan will definitely play some part and Zlatan Ibrahimovic could return to the starting XI after missing out at the weekend through suspension. Marouane Fellaini will be unavailable for the selection due to his calf injury while Chris Smalling and luke Shaw are major doubts. Eric Bailly hasn’t resumed training but he's not expected to feature here.

Feyenoord have struggled over the past month or so with just 2 wins from their last 6 matches and in Europa League, having collected just one point from a possible six on their travels. They managed to break out of a three match winless streak on Sunday as they beat PEC Zwolle 3-0 at home. This leaves them top of the Eredivisie, two points clear of Ajax. The De Kuip outfit secured a 1-0 home victory in the reverse match thanks to a second-half strike from Tonni Vilhena.

Giovanni van Bronckhorst has been boosted by the return of Brad Jones and Karim El Ahmadi. Anyway, defenders Terence Kongolo and Sven van Beek are ruled out of this game following their hamstring and foot injuries while Eric Botteghin is suspended. Up front, the likes of Eljero Elia, Nicolai Jorgensen and Jens Toornstra are expected to start. 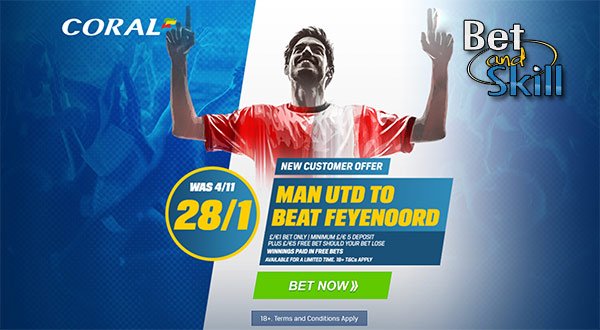