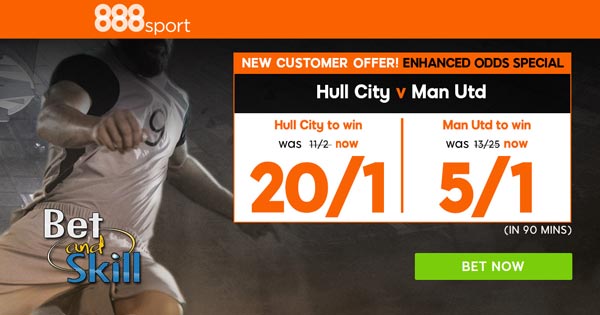 Hull City have a mountain to climb after losing the first leg 2-0 at Old Trafford. They come from another 2-0 defeat at the weekend when they visited Chelsea at Stamford Bridge. The Tigers are in a huge battle to avoid relegation from the Premier League and this will be their main priority. Furthermore, Hull have lost 12 of their last 13 encounters against United in all competitions and have failed to score a single goal in any of their last four. Anyway, since new manager Marco Silva arrived at the KCOM Stadium, the Tigers have won two of their three matches.

Ryan Mason suffered a life-threating injury against Chelsea and will be out for the foreseeable future. Marco Silva is expected revert back to a four-man defence and give new signing Lazar Markovic his debut on one of the flanks. Rovert Snodgrass is likely to move to Burnley for a £10m fee and will not be risked. Ahmed Elmohamady and Dieumerci Mbokani are playing the AFCON while Curtis Davies, Will Keane, Alex Bruce, Markus Henriksen, Greg Luer and Moses Odubajo are out through injury.

Manchester United’s nine-game winning streak came to an end when they drew 1-1 with Liverpool on January 15 and they recorded another 1-1 draw at Stoke City last weekend. As consequence, the Red Devils are 6th in the Premier League standings, 12 points shy of league leaders Chelsea but only 4 below fourth placed Liverpool. They are unbeaten in their last 17 matches in all competitions and know that the EFL Cup is their biggest chance to win silverware this season.

Jose Mourinho is expected to pick a starting XI which not only preserves United’s advantage but extends it, to reach Wembley in some style. Eric Bailly is still unavailable but he is the only absence for the Red Devils. Michael Carrick and Marcos Rojo were rested at the weekend and should pay from the off. Up front, Zlatan Ibrahimovic should be supported by Henrikh Mkhitaryan, Paul Pogba and Anthony Martial. 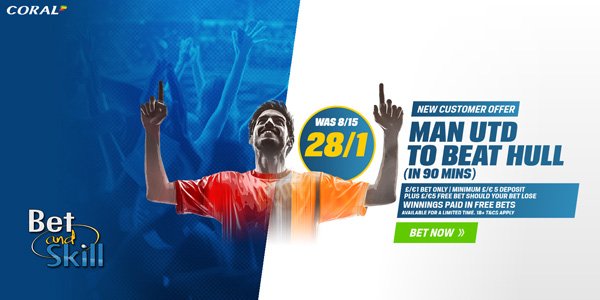 You can watch and bet on Hull City v Manchester UTD live at bet365.com