Messi is back in the form of his life and has flourished as Argentina’s main attacking threat over the past 24 months. He netted 45 goals in 97 international appearances, a low rate compared to his numbers at Barcelona, where he has notched 53 goals in all competitions this season.

Neymar scored 37 goals in all competitions for Barcelona this season (13 in the last 14 matches of the club season) which marks another impressive display in Europe. Things are even better with the Seleçao jersey as Neymar is now ranked fifth on all-time leading scorers list for his nation, averaging 0.69 goals-per-game. He will also be on set-piece and penalty duty, a factor that could be decisive.

He’s been flying recently and could end up scoring more goals than Messi. Argentina’s final group game is against Jamaica and Messi could be rested for this match, leaving Aguero as main striker against a shaky defense. Aguero scored 31 goals for Manchester City in the Premier League and Champions League this season and boasted the best goal rate in the league. A hat-trick against Bayern Munich in the Champions League when his club needed him most exemplified Aguero’s ability to shine in the big moments.

After an outstanding debut season in the Barclays Premier League in which he scored 16 goals for Arsenal, Alexis Sanchez goes into the tournament in promising form. He has improved as finisher this season, he plays for the hosting nation and it could be a huge boost. 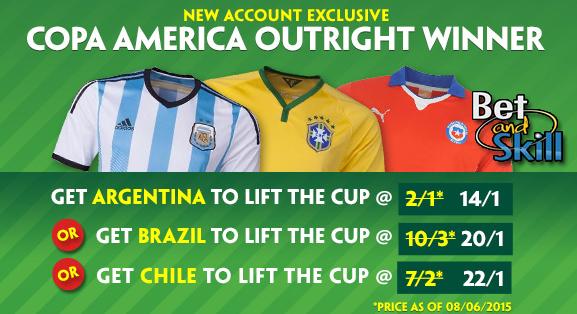 Bacca was restricted to one substitute appearance during last year’s World Cup but his form for Sevilla has been scintillating this season. The forward, who netted two in the Europa League final as the Spanish side retained their crown, scored 20 times in La Liga.

El Pipita scored for fun in Serie A with Napoli but had a dip in form in the last month of the season, failing to convert a penalty against Lazio and failing to score against Dnipro in Europa League despite tons of chances. In our opinion, he will the 12th man for Argentina, not a regular starter.

The Apache has enjoyed a renaissance in Italy, helping Juventus to a league and cup double, scoring 20 goals in Serie A. He will challenge Napoli’s Gonzalo Higuain for a starting berth.

With no Luis Suarez due to suspension, Edinson Cavani will lead the line for Uruguay. Despite being used out wide in periods, Cavani still fired in 28 goals this season for PSG

Falcao has 24 goals in 56 national team appearances and continues to be a key cog in Jose Pekerman’s side despite a miserable season at Manchester UTD. With high competition up front (Gutierrez, Bacca, Martinez) he could not start all the games for Colombia. 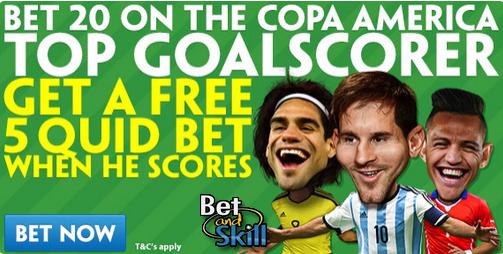 The Hoffenheim attacking midfielder has featured in recent friendlies for Brazil, scoring his first international goal against Austria last November and signing the 1-0 win in the last friendly against Honduras. He was fourth highest goalscorer in the Bundesliga last season and could be the surprise of the tournament.

Porto's striker has scored 32 goals in 42 games this season but he is not sure to start for Colombia as the competition for the two starting berths is very tough. Martinez scored 2 goals in 3 games in the last World Cup.

El Dies has proven himself as a world-class talent over the past year, winning the Golden Boot at the World Cup 12 months ago. He has returned to football fitness now, just in time to help Colombia and will make trouble to all defenses with his magic left foot.

He has impressed up front for Brazil in recent friendlies and could force his way in to their starting line-up. It will be his first appearence in a major international competition and could suffer the pressure and the competition up-front.

Jose Pekerman is mulling over the idea of using Carlos Bacca alongside Falcao, but Gutierez will have his chances as Falcao is not in his best form. As shown at the WC2014 he is smart, good off the ball and a strong finisher.

West Ham United’s striker has scored four goals in 32 Premier League matches but he was impressive at the World Cup last year and could be the dark horse in the top goalscorer market.

Bet £25 on top-scorer market and get £5 free every time he scores!

Bet £20 on the top scorer market and get £5 free every time he scores!

£25 risk-free bet on the Copa America! 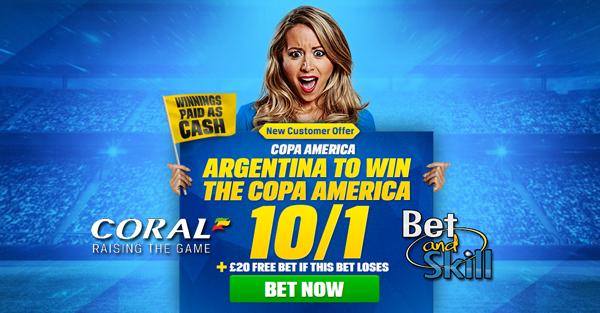