The 2015 RBS Six Nations tournament gets underway on 6th February. Who will take the opportunity to make a statement heading into this year's World Cup? Find here our 2015 RBS 6 Nations betting preview, including tips, schedule, best odds and no deposit free bets!

They showed that they are improving as a team during the autumn as they lost to Australia before pushing New Zealand all the way in defeat and finally beating South Africa. The Dragons have won on their previous three trips to both Italy and Scotland and while a visit to Paris will be tricky, it is worth noting they haven’t conceded a try against Les Bleus for 342 minutes.

The Three Lions lost out on points difference to Ireland last year. They have three home matches this year and can boast a combined record of 20 wins from 21 matches against Scotland, Italy and France in the Six Nations. But Lancaster’s men have been decimated by injuries and they could struggle in the first two matches.

The reigning champions were irresistible at times last year as they won nine of their ten Test matches in 2014 beating two of the southern hemisphere’s big guns in November. But their best player Jonny Sexton, last season’s top points scorer, will definitely misses the first match and won’t have played since 22nd November because of concussion. Paddy Jackson is out of the whole tournament. The Irish team has a great momentum behind them and back-to-back titles is a real possibility. 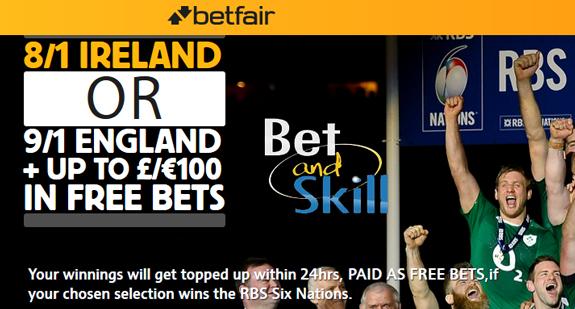 France are yet to finish higher than fourth under Philippe Saint-André. With the amount of talent at their disposal, they should have a team of world-beaters. But Les Blues' performances are rollercoasters. Anyway, they showed glimpses in the November Tests of what they can do. A convincing success over Fiji was followe up by a morale boosting win over Australia. But then, they had a poor defeat against Argentina.

Scotland are quickly improving as a team under Vern Cotter. They have won five of their seven Tests and their high tempo, off-loading game and enthusiastic defence are also similar enough to how Cotter had Clermont playing in recent seasons.

Italy had a disappointing autumn during which they won only one of their three Tests – a win against Samoa was followed by defeat to South Africa and a narrow loss to Argentina. The Azzurri have lost 15 of 17 games since June 2013 and have an away record of 36 defeats in 38 away matches in this tournament.