The IBF heavyweight title is on the line on Saturday night as Anthony Joshua goes toe-to-toe with Wladimir Klitschko at Wembley Stadium. The WBA Super World Heavyweight Title and vacant IBO Belt will also be on the line. Read here out Joshua v Klitschko betting preview, including picks, enhanced odds, bookmakers offers and no deposit free bets! 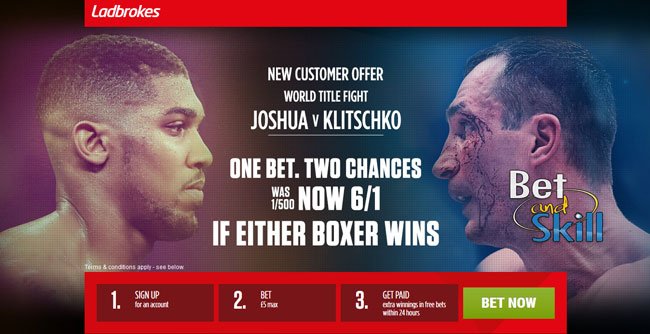 Anthony Joshua is just 18 fights into his professional career and he has already made two defences of the IBF world title. The British fighter has won all 18 of his fights by knockout. In his most recent bout in December he beat Eric Molina in the 3rd round, while only 2 of his 18 fights have gone beyond that distance. He rattled off 15 quick wins before being fast-tracked into a world title fight against Charles Martin. He also won the British title against Dillian Whyte in December of 2015 after winning gold at the 2012 Olympic Games at home in London.

Joshua is a good-sized heavyweight by today’s standards as he stands 6-feet-6-inches tall and has a reach of 82 inches. The champ has decent mobility and upper body movement as well as a stiff jab. The main difference is that Joshua has only in his last four fights, started to dip his toe into the world class pool, and the lower level of it too. Not only has Joshua had a mere 18 pro bouts but he has had very few professional rounds, just 44 before taking on Klitschko. Wladimir in contrast has had 358 rounds. Furthermore, his chin still has not been tested up to now, and we saw Dillian Whyte rock him during that bout.

Wladimir Klitschko enters this fight with a 64-4 record that includes 53 knockouts. The Ukrainian was outfoxed by Tyson Fury and lost his three world titles last year. He looked cumbersome in that bout and a million miles off his fearsome best. He will be 41 by the time he steps into the ring and he will not have fought in over a year due to the cancelation of two rematches with Tyson Fury. Anyway, the loss to Fury was Klitschko's first since Brewster stopped him 11 years earlier. In those 11 years, the former IBF, WBO, IBO, and WBA titleholder  beat all his rivals with impressive wins over Ray Mercer, Calvin Brock, Tony Thompson, Hasim Rahman, Ruslan Chagaev, David Haye, Bryant Jennings and Brewster in a rematch.

Like he was against Fury, Klitschko won’t be the bigger man in the ring as he’s also 6-feet-6-inches tall with a one-inch reach disadvantage with his 81-inch wingspan. He is 41 years old, an age when most fighters have retired. Joshua is aggressive in style and doesn’t like to hang back. In this instance that could make it easier for Klitschko to find and exploit openings. "Dr Steelhammer" has shown a questionable chin at times in his career and have lost a bit of his knock-out power. Three of his last five fights have ended in decision. Klitschko has the faster footwork here and equal power compared to his opponent but Joshua’s speed  will allow him to land his bombs first. 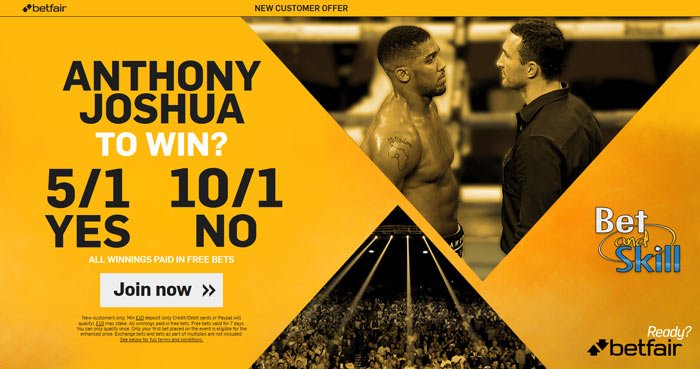 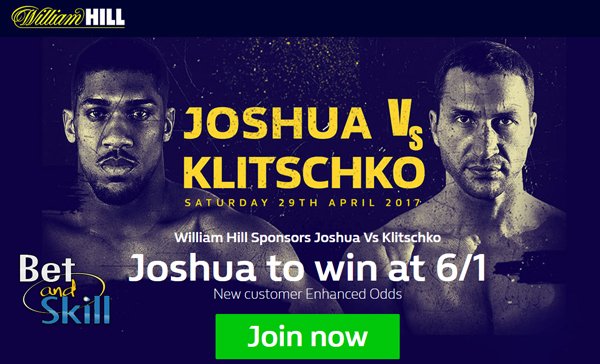