England and New Zealand kick-off a box office weekend of Rugby World Cup quarterfinal action when they lock horns at the Oita Stadium on Saturday. Don't miss our England vs New Zealand betting preview, with expert predictions, betting tips, best odds, exclusive promotions and no deposit free bets to use on the 2019 Rugby World Cup!

England are bidding to reach their first final for 12 years

England stormed into the World Cup semi-finals courtesy of a superb defensive display driving them to a convincing 40-16 win over Australia. Prior to that, they topped Pool C with a record of 3 wins  - against Tonga (35-3), USA (45-7) and Argentina (39-10) - and 1 draw against France because the game was cancelled. There is no doubt England are in excellent shape, seemingly peaking in Japan, although only their best will be enough to threaten the All Blacks.

The good news for the Roses is that there’s a fully fit squad for Jones to pick from – not a single injury concern to worry about. George Ford returns to the No.10 shirt he wore with such distinction during the pool stages, with Owen Farrell sliding to inside centre, Manu Tuilagi to No.13 and Henry Slade to the bench. 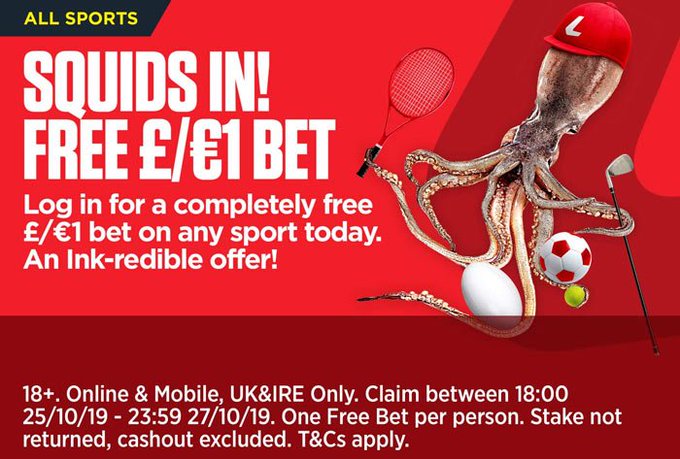 Join Ladbrokes via this link, get €/£1 no deposit free bet!

New Zealand have won the last six clashes between the teams

New Zealand are bidding for a third successive global crown and fourth in total. They have not lost a World Cup match since a 2007 quarter-final defeat by France. The All Blacks pummelled a flat Ireland 46-14 in Saturday's last-eight clash in Tokyo. Prior to that, they began the Rugby World Cup in Yokohama with a 23-13 win over the Springboks and went on to complete a 63-0 win over Canada and 71-9 victory over Namibia. Their final pool match against Italy was also cancelled because of the typhoon.

Coach Steve Hansen has also made one change to the side that beat Ireland, with Scott Barrett at blindside flank. Beauden Barrett continues at full-back with Richie Mo'unga again starting at fly-half. Openside flanker Matt Todd has been nursing a dislocated shoulder which he picked up before the tournament even began and is still doubtful.

England and New Zealand have met three times previously at the Rugby World Cup, with the All Blacks winning all three meetings. The Kiwis have won 15 of their past 16 (in all tests) against England, the only exception in that run being a 38-21 defeat at Twickenham on 1 December 2012. However, in their only previous match against the All Blacks under Jones, in November last year, England pushed them close before losing 15-16.

888sport offer 18/1 England or 6/1 New Zealand to win! Max bet £5!
Claim Here
New customers only. £10 minimum deposit using promo code "888ODDS" required. Only the first and single bet placed at the normal odds qualifies for this promotion. max bet £5. Extra winnings paid in FREE BETS and added within 72 hrs of qualifying bet settlement. Free bet stakes not included in bet returns. Free bets expire 7 days after credit. This offer may not be combined with any other offer. Deposit balance is available for withdrawal at any time. General deposit method,withdrawal restrictions & Full T&C’s apply

The following are the highest odds on the England v New Zealand match at time of writing, obtained by comparing odds from all the UK's top online bookmakers! Wanna get price boosts on today's matches? Take a look at our enhanced odds offers!

Get 50/1 England to win vs the All Blacks with Paddy Power!
Claim Here
New customer offer, max stake €1, winnings paid in cash at the normal odds and topped up to the enhanced price in free bets, free bets are valid for 7 days, only deposits with Cards/PayPal count, multiple bets excluded. T&Cs apply.

Predicting the outcome of a Rugby World Cup semi-final is no easy task. Anyway, we have the most successfull rugby tpster of the Internet and you can find below their recommended bets on England v New Zealand. Don't miss your chance to bash the bookies!


We offer much more than Rugby Predictions! Want more expert picks for the major sporting events?
We are the home of no deposit bonuses, free bet promo codes and the best place where to learn the best betting strategies and systems!

England and the Czech Republic will face off in their final group stage game to...

The European Championship is underway, and to upping the ante Ladbrokes are offering you a...