Since the 1st leg Mourinho's men have taken four points from two Premier League matches, courtesy of a 1-1 draw at home to Burnley and a 1-0 success at West Ham. In between those league matches Chelsea won the Capital One Cup, defeating Tottenham 2-0 in the final at Wembley to lift their first trophy this season. Chelsea don't have to win on the night to go through - a 0-0 will put them in the last eight on the away goals rule.

Nemanja Matic is a doubt after the defensive midfielder injured his ankle during the team’s celebrations following their League Cup final victory. Oscar has been lacking form of late and could be dropped to the bench with Ramires adding an extra body in central midfield. Obi Mikel is still out through injury. 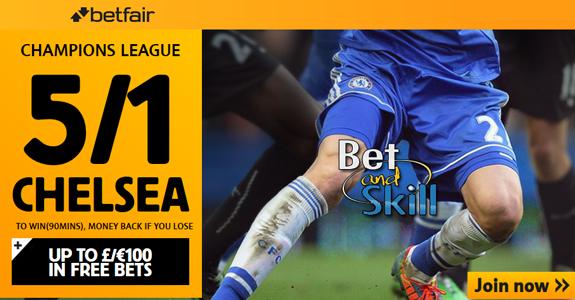 PSG come into this game on the back of a convincing home win in Ligue 1, a 4-1 thumping of Lens last Saturday. Laurent Blanc’s men have only won five of their last 11 matches on the road. Their results away from home in the group stage were a mixed bag, drawing 1-1 at Ajax, winning 1-0 at APOEL and losing 3-1 at Barcelona.

The Franch club has been boosted by the return of Zlatan Ibrahimovic, who missed a couple of games due to injury.Blanc rested a couple of players last Saturday so he should also have a fresh starting XI. Yohan Cabaye is available after recovering from a thigh problem while Lucas and Serge Aurier remain absent.

The Blues are undefeated in their last 7 matches in the Champions League
CHelsea overcame a 3-1 first-leg deficit with a 2-0 victory on home turd when the sides met in last season’s competition. 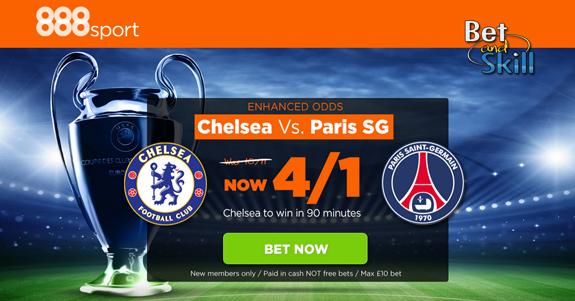 £25 no deposit free bet available on this match

Money back if it's a draw!